Who Are Those Singers & Musicians ~ Lucio Dalla 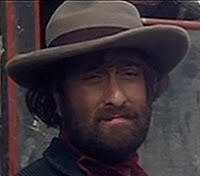 Lucio Dalla was born in Bologna, Emilia-Romagna, Italy on March 4, 1943. He began to play the clarinet at an early age, in a jazz band in Bologna, and became a member of a local jazz band called Rheno Dixieland Band, together with future film director Pupi Avati. Avati said that he decided to leave the band after feeling overwhelmed by Dalla's talent. He also acknowledged that his film, “Ma quando arrivano le ragazze?” (2005), was inspired by his friendship with Dalla.

In the 1960s the band participated in the first Jazz Festival at Antibes, France. The Rheno Dixieland Band won first prize in the traditional jazz band category and was noticed by a Roman band called Second Roman New Orleans Jazz Band, with whom Dalla recorded his first record in 1961 and had the first contacts with RCA records, his future music publisher.

Singer-songwriter Gino Paoli hearing Dalla's vocal qualities, suggested that he attempt a solo career as a soul singer. However, Dalla's debut at the Cantagiro music festival in 1965 was not successful probably due to both his physical appearance as well as his music, which was considered too experimental for the time. His first single, a rendition in Italian of the American traditional standard "Careless Love" was a failure, as was his first album, 1999, that was released the following year. His next album, Terra di Gaibola (from the name of a suburb of Bologna), was released in 1970 and contained some early Dalla classics. His first hit was "4 Marzo 1943", which achieved some success due to the Sanremo Festival. The original title of the song was supposed to be "Gesù bambino", however in those years there was still stiff censorial control over the content of songs, and the title was changed to Dalla's birth date.

Dalla decided to write the lyrics of his next albums himself. The first album of this new phase was Com'è profondo il mare (1977), in which Dalla was accompanied by members of future pop band Stadio.

In 1979, his popularity was confirmed by the success of the Banana Republic album and the first of two self-titled albums, Lucio Dalla, followed by Dalla in 1980.

The song "Caruso", released in 1986, has been covered by numerous international artists such as Luciano Pavarotti and Julio Iglesias. The version sung by Pavarotti sold over 9 million copies, and another version was a track on Andrea Bocelli's first international album, Romanza, which sold over 20 million copies worldwide. Maynard Ferguson also covered the song on his album "Brass Attitude", after having previously paid tribute to Caruso with his rendition of "Vesti la giubba" (titled as "Pagliacci") on the album Primal Scream.

The 1990 hit single "Attenti al lupo" gave Dalla wider success in Europe. He was invited to do a duet on Pavarotti and friends, singing his hit "Caruso" with Pavarotti.

In 2010, Dalla came back to work with Francesco De Gregori during the "Work in Progress" tour and album. Dalla's main influences were to be found in jazz, but his songs ranged from folk ("Attenti al lupo") and pop ("Lunedì"), from Italian singer-songwriters (the albums from Com'è profondo il mare to Dalla) to classical and opera ("Caruso").

On the morning of March 1, 2012, three days before his 69th birthday, Dalla died of a heart attack, shortly after having breakfast at the hotel where he was staying in Montreux, Switzerland, having performed in the city the night before. He was in the company of Marco Alemanno when he died. An estimated 50,000 people attended his funeral in Bologna

Dalla was outed as gay after his funeral (at which his long-term associate and partner Marco Alemanno, with whom he had shared a house, spoke), although he had not publicly acknowledged this during his life, saying in a 1979 interview "Non mi sento omosessuale" ("I do not feel gay").