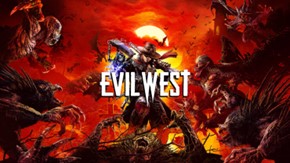 One of the things about Vampires, and other similar vampiric creatures, is that you can put them in any setting, and if done right, they can be interesting. Using vampires and strange versions of these is something Evil West is looking to do, and from the first glimpse, developers Flying Wild Hog look like they're doing this right. As for gameplay, I'll also point you towards the first preview here on Wccftech from Kai, but let's look at it from my perspective. 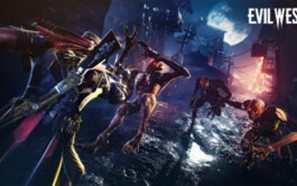 Jumping into Evil West, the developer told me it's best to use a gamepad, so I used it. The mouse and keyboard are supported, don't fear there, but we've all got pads now. I can see why Flying Wild Hog recommends a gamepad for this. Movement in combat - and traversing the areas - feels fluid and responsive on the pad and requires the 360 degrees of freedom that WASD doesn't entirely give. That and how combat works will make for easier use.

Combat is a mixture of traditional wild-west gunplay, giving you a six-shooter and rifle, mixed with a slower and more methodical melee combat style inspired by Devil May Cry (confirmed to me by the developer when asked). Other inspirations mentioned were God of War, on the gameplay side, and thematically the developers have taken influence from the work of Guillermo Del Toro, particularly Blade II.

Anyway, combat. When fighting, you can hold the right trigger to unload your six-shooter into an enemy, aim using the left to pull out your rifle, then the right trigger to fire, or start doing some melee damage using the right bumper. The DMC inspiration is clear, with melee offering combos that can be combined with your gunplay, letting you uppercut an enemy and keep them in the air with your six-shooter. Another option is to weaken an enemy from afar, and they'll start glowing yellow. If you get in close, you can perform a melee finisher which will also let you recover some health.

It all makes for a compelling and surprisingly fluid combat system. It's not as fast-paced as such as DMC, but the inspiration is clear. Other elements of combat that draw from other sources are opportunities to do massive damage to an enemy that's just about to attack you by hitting them in a temporary glowing spot before they get their hit off. Doing this often results in an over-the-top gory kill, which can be pretty comical. 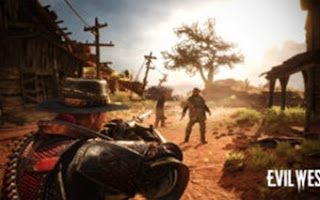 Now, I could tell you here that Evil West will also allow you to go through in co-op. Consider yourself told. I couldn't experience it, and anybody who knows me knows I traditionally don't give a monkey's left testicle about co-op or multiplayer options. So I will tell you that as you progress, you will be able to unlock skills through gaining exp. In addition, you can also collect gold, including some hidden in little side areas, to improve your weapons and more. Little customisation elements to help push the game even further.

The setting is what most appeals to me. In my little gameplay session, I started in a traditional wild west village before going underground to find a massive, inverted pyramid. Moving through this area, the amount of detail was impressive, and the game offers some environmental elements for you to get an advantage over some enemies too. I'm also interested to know more about the "ticks", the vampiric enemies, though I will hold it against the game if I hear "scratch one tick".

I ended my demo fighting one of the earlier side-bosses in the game, and the difficulty wasn't too over-the-top, but it offered a challenge. With multi-element bosses requiring you to use your skills, attacks and movement to avoid attacks and place yourself for a better attack, I can see Evil West offering a meaty challenge in its predicted 10 to 12 hours of playtime.