In the 1974 comedy western “Whisky and Ghosts” you can see this train scene located on the plains of La Calahorra in Granada, Spain. 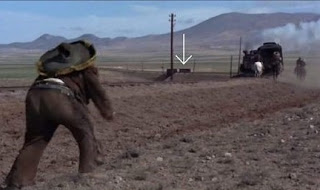 The following year a similar scene could also appears in the “White, the Yellow, the Black” on the identical train track in the same location. The small bridge can be seen in both shots. 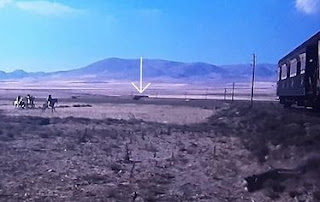