Who Are Those Guys ~ Henry Czarniak 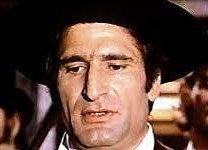 Henri Czarniak was born in Mulhouse, Haut-Rhin, France on September 3, 1937. He was a French actor of Polish origin. His first name is sometimes spelled Henry in credits. He died too early to be truly known to the general public despite an important filmography and recognition in the world of cinema, even across the Atlantic with Woody Allen, he would have been approached to take on roles like that of Lino Ventura, his looks of gangster and big mouth helping him there. He died like in a movie: around a poker table on a Sunday afternoon on March 2, 1985, in Paris. He was known for: “Rum Runners” (1971). “Love and Death” (1975), “The Lady in the Car with Glasses and a Gun” (1970) and “Dear Inspector” (1977). His only Euro-western appearance was as Doc Miller in the 1971 film “The Legend of Frenchie King” with Brigitte Bardot, Claudia Cardinale and Michael J. Pollard.