Who Are Those Composers ~ David A. Hess 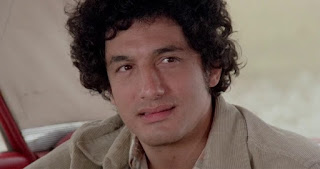 David Alexander Hess was born in New York City, New York on September 19, 1936. He was an actor, singer, songwriter, and director. His mother, Marjory, was an opera singer.

Hess became a professional songwriter, using pseudonyms including David Hill, for Shalimar Music in 1957. He wrote or co-wrote songs that Elvis Presley recorded, including “I Got Stung” and “Make Me Know You’re Mine,” and scored a Top 10 hit in 1962 when Pat Boone sang “Speedy Gonzalez,” which Mr. Hess co-wrote.

Mr. Hess’s film career began in Wes Craven’s first movie, “The Last House on the Left” (1972), one of the first in the “slasher” genre. His sister Judith’s boyfriend, the actor Martin Kove, was considered for the role of the psychotic convict Krug Stillo, but decided not to pursue it for fear of being typecast. Mr. Hess won the part and also composed the film’s soundtrack.

Hess would go on to play several hard-edged roles as criminals in the Italian films “Hitch-Hike” (1977) and “The House on the Edge of the Park” (1980) before having a supporting role in Wes Craven's “Swamp Thing” (1982). He made his directorial debut with the slasher film “To All a Goodnight” (1980). In his later life, he was affiliated with the California Film Institute, where he taught improvisational theater in the institute's youth programs.

Hess died in Tiburon, California from a heart attack on October 7, 2011.