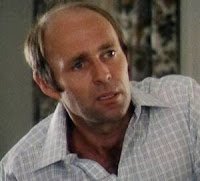 American actor, director Peter Masterson died at his home in Kinderhook, N.Y., after a fall on December 18, 2018.  The 84-year-old had been diagnosed with Parkinson's Disease in 2004. Born in Houston, Texas on June 1, 1934, his acting credits included "That Championship Season," "The Poison Tree," "The Great White Hope," and "The Trial of Lee Harvey Oswald" Broadway plays as well as a starring role as Walter Eberhart in "The Stepford Wives" and a supporting role in "The Exorcist" movies. He was best known for co-writing and co-directing "The Best Little Whorehouse in Texas" Broadway musical, for which he was nominated for two Tony Awards, and for directing "The Trip to Bountiful" film, adapted from his cousin Horton Foote's play. That movie earned actress Geraldine Page a Best Actress Academy Award. Masterson directed the 1989 Euro-western “Blood Red” starring Eric Roberts, Giancarlo Giannini, Dennis Hopper.
Posted by Tom B. at 6:30 AM