This large rural complex is located in the countryside of Nijar about five kilometers east of Los Albaricoques, md became famous because of the events that occurred there in July 1928 which inspired the tragedy "Bodos de sange" (Blood Wedding) by Federico Garcia Lorca. It was used as a set to represent the base of the Indio gang at Agua Caliente in “For a Few Dollars More” (1965) in the sequence in which Mortimer (Lee Van Cleef) offers his talent in the field of Indio (Gian Maria Volonte) for opening safes and later sequences that are happen in the large inner courtyard with arches and arcades. The low and long façade (characterized by the presence of a small church that rises in the corner of the complex) and the eastern side of the main building of the cortijo Ed Fraile appears in two sequences of “The Good, the Bad and the Ugly” (1966): as the mission of San Antonio run by the Franciscan friars in which Tuco (Eli Wallach) brings Clint Eastwood, who is severely burned after crossing the desert. The cortijo was then used as a film set in) “A Bullet for the General” (1966): “Last of the Badmen” (1967) (in this film it appears as a convent of Franciscan friars): “Ace High” (1968); “Death Sentence” (1968); “A Long Ride from Hell” (1968): “Blood and Guns” (1969); “Silver Saddle” (1978) (still as a convent of Franciscan friars). In February 2003 the cortijo de Fraile was used as a set to represent Palestine in the “Gospel of St. John”, a Canadian production, also realized in the Almeria alter location: the area of ​​Tabernas (Tecisa and the oasis in the Rambla Viciana) and El Chorillo / Llano de Campello. For many years, however, this great complexity is no longer used for agricultural purposes, and practically abandoned to itself. A committee was organized and fought to have the authorities intervene and helped promote a restoration capable of safeguarding such a remarkable structure for many reasons: architectural, environmental, literary and cinematographic. At the present time it is still undergoing the restoration and is not open to the public. 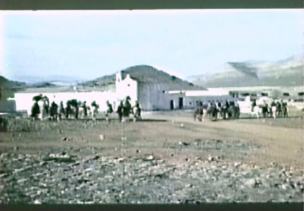 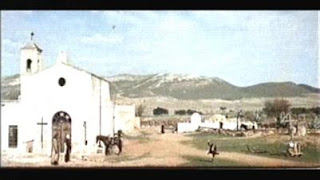