Who Are Those Composers? ~ Gerhard Heinz 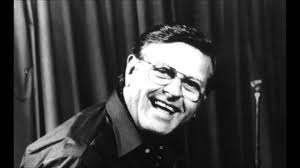 Gerhard Heinz was born in Vienna, Austria on September 9, 1927. He is a composer, pianist and songwriter who wrote the music to countless entertainment films of the 1960s to 1980s.

Heinz had attended the Technical College in his hometown of Vienna and worked as a musician as a hobby. In 1950 he became a member of the orchestra of Horst Winter, four years later Kapellmeister in the Moulin Rouge. In 1958, the music producer Gerhard Mendelson engaged him as the location manager for the Vienna branch of Polydor. In the following years, Heinz worked in this role outside of Austria, including in France, Italy and the United States .

In those early years, Heinz had preferred to play popular music, and later also pop music. For the singer Connie Francis he wrote the German text of her US success ‘Till I Kissed You’ (1959) under the title ‘Bis wir uns küssten’. Other artists temporarily supervised by Heinz were Peter Kraus, Domenico Modugno and Freddy Quinn. In 1976, he contributed the music to the song ‘My Little World, Austria’, presented by the duo Waterloo & Robinson contribution to the Grand Prix Eurovision de la Chanson. Already in 1964 Heinz founded his own recording studio.

At the beginning of the 1960s, Gerhard Heinz also turned to cinema film music. Since the end of the same decade, he preferred to concentrate on this field. Heinz wrote the scores to over a hundred films. These are often very simple entertainment: comedy, and since the mid-1970s, a considerable amount of softsex. Austrian animated film veterans such as Franz Antel, Peter Weck, Franz Marischka, Franz Josef Gottlieb and Hubert Frank often directed. For the production company Lisa Film of his compatriot Karl Spiehs, for whom Heinz had worked regularly since the end of 1968, the Viennese also composed the music for several comedy shows starring Thomas Gottschalk in the 1980s.