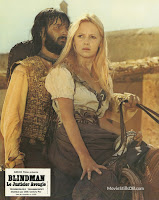 Swedish model, film actress and fashion designer Agneta Eckemyr died in Stockholm, Sweden nursing home on December 29, 2018 of Alzheimer’s disease. She was 68 years old. Born in Karlsborg, Västra Götalands län, Sweden on July 2, 1950. Initially a model, her looks took her into film and television roles. She was photographed by Life Magazine appearing opposite the five semi-finalist actors for the role of James Bond in "On Her Majesty's Secret Service." Shortly after appearing in the 1974 Disney family film production "The Island at the Top of the World," Eckemyr appeared on the front cover and within the October 1975 edition of Playboy magazine, as a Playboy Playmate. After retirement from being an actress, she turned her talents to clothing design. Her most recent designs are featured at Älskling (Swedish for Darling), on Columbus Avenue, New York City; a block from where she used to have an apartment overlooking Central Park. Agneta appeared in two Euro-westerns: “And for a Roof a Sky Full of Stars” – 1968 (the dead stagecoach passenger shown in the opening scene of the film), “Blindman” – 1971 (Pilar)
Posted by Tom B. at 6:58 AM