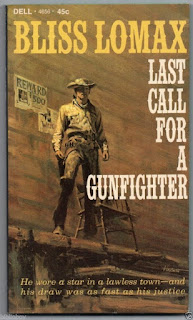 We often credit the artists of the Spaghetti westerns with fantastic posters often much better than those done for American westerns. We’ve found that the artwork was sometimes variations or direct copies of artwork used for the covers of western pulp novels. Here we see the cover for the re-issue of the Bliss Lomax novel “Last Call for a Gunfighter” (1987). Originally released in 1967 the cover was redone using artwork which appeared on the Italian poster for “Arizona Colt” starring the late Giuliana Gemma. The poster is by artist Mario Piovano and was made for a re-issue of the film in the 1970s. Thanks to Mike McQuarrie for uncovering the novel and the related poster. 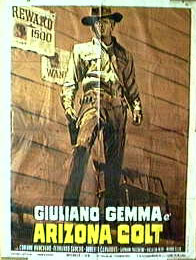