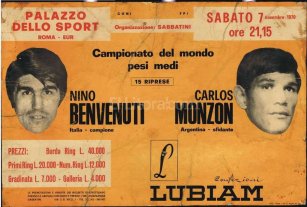 On November 7, 1970 at Palazzetto dello Sport in Rome, Italy, longtime middleweight champion Nino Benvenuti, from Trieste, Friuli-Venezia Giulia, Italy, defended his WBC/WBA titles against Carlos Monzon from San Javier, Santa Fe, Argentina. The champion was 82-4-1 and had held the crown since 1965. The challenger was 65-3-8 and was South American middleweight champion. There’s nothing like watching two all-time greats get it on, and get it on they did in Ring Magazine Fight of the Year for 1970. After a brutal battle Monzon knocked Nino down and was awarded a TKO at 1:57 of the 12th round to become the new Middleweight Champion of the World.

Little did we know at the time that both champions would go on to star in Spaghetti westerns. 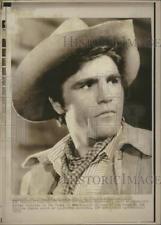 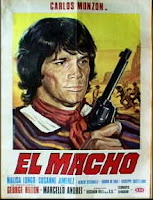