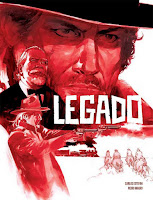 Carlos Estefan and Pedro Mauro, will be released at the CCXP
By Marcelo Naranjo
Date: December 4, 2018

Upon arriving in Santa Cruz to collect a reward, the gunslinger is faced with a new order in the city. Now his convictions will be put to the test with the onset of an even greater threat, and he will have to learn that once pulling the trigger ... there are consequences.

Released by the publisher Independente on December 6, 2018.
Written by Carlos Estefan, drawn by Pedro Mauro 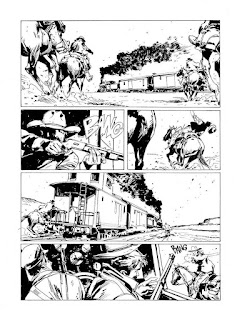