Who Are Those Guys? - Paul Breitner 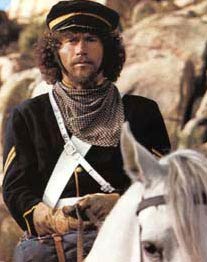 Paul Breitner was born in Kolbermoor, Bavaria, Germany on September 5, 1951. A former German soccer player he was one of Germany's most controversial players, he earned 48 caps for West Germany. He was known for his partnerships with Franz Beckenbauer and Berti Vogts in defense for the German national team, and his midfield combination with Karl-Heinz Rummenigge for Bayern.

Breitner was an integral part of the West Germany team that won the 1974 FIFA World Cup, scoring in the final. He also scored in the final of the 1982 World Cup, making him one of only four players to have scored in two different World Cup final matches, the others being Pelé, Vavá and Zinédine Zidane.

One of the greatest German players of all time, Breitner was named in the FIFA World Cup All-Time Team, and was named by Pelé one of the top 125 greatest living footballers at a FIFA Awards ceremony in 2004. Breitner has been working as a commentator, pundit and columnist in Germany since retiring and is also an advisor to the Bayern management board

Not many would know that he’s also starred in not one but two action adventure films, with one being a German language western. In the 1976 Euro-western “Montana Trap” (aka “Potato Fritz”) he played a frontier soldier helping Hardy Kruger’s ranger plant potatoes and in 1986 he starred in the action-adventure, “Kunyonga - Mord in Afrika”. Neither of the movies came close to replicating any sort of success Breitner enjoyed on the soccer field.