From The Hateful Eight and Django Unchained to Brimstone and The Salvation: Western films are back

The Dutch do it. The Russians used to do it all the time. The Danish have done it recently. The Italians are doing it again and the Scottish are taking a stab at it too. They are all making Westerns.

“I have always felt that the Western movie is one of the few art forms that Americans can lay claim to. Next to jazz,” Clint Eastwood once proclaimed. It appears now, though, that this most American of forms had been hijacked by the Europeans.

Martin Koolhoven’s Brimstone, billed by some as the very first “Dutch Western”, is currently shooting on location in Romania, Spain and Germany with two Game of Thrones stars, Kit Harington and Carice van Houten, in its cast. Dakota Fanning stars as a young woman accused of a crime she didn’t commit and hunted down by a vengeful preacher (Guy Pearce). The film, set in the “menacing inferno of the old American West”, may not be shooting in Amsterdam but its director, producer, its crew and most of its cast are Dutch, as is its financing.

Brimstone follows on the trail of Kristian Levring’s Danish-made Western The Salvation, shot in South Africa. This was a stylized and very bloody revenge yarn that starred Mads Mikkelsen alongside that Gallic, high-kicking John Wayne, Eric Cantona. 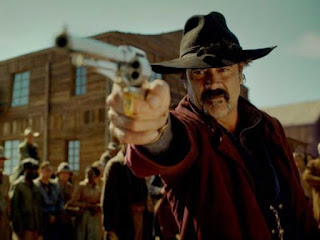 ‘The Salvation’ with Jeffrey Dean Morgan

One of the most impressive debut features of 2015 was Scottish director John Maclean’s Slow West, an epic, visually striking quest movie in which a young Scottish aristocrat (Kodi Smit-McPhee) heads Westward ho! in search of his Scottish sweetheart, with Michael Fassbender’s hard-bitten cowboy as his companion.

If you want to know why Europeans make Westerns, one of the best starting points is Michael Cimino’s Heaven’s Gate (1980.) Disputes continue to rage over whether this is a masterpiece or an absurdly bloated piece of self-indulgence on behalf of its director. Whatever the case, the film makes it very clear that most of the settlers trying to build new lives out West weren’t six-gun-toting cowboys. They were impoverished Eastern Europeans with thick accents and even thicker coats to protect them from the Wyoming cold.

As Maclean has noted, there were Scots heading toward America during the Highland Clearances. John Ford, arguably the greatest director of Westerns, wasn’t backward about trumpeting his Irish roots. There were plenty of English types out West too. Eastwood’s own Unforgiven (1992) features Richard Harris as the dandy gunslinger “English Bob”. You even find some Germans: witness Christoph Walz’s bounty hunter Dr. Schultz in Quentin Tarantino’s  Django Unchained (2012). 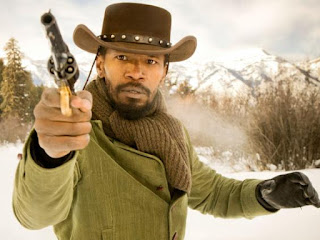 It is a fair bet that contemporary European filmmakers such as Koolhoven, Levring and Maclean grew up watching Westerns. If you are a director in Denmark, Scotland or the Netherlands – all relatively small countries – the sheer scope of the genre has an obvious appeal. It offers the opportunity for action, lyricism and primal emotion; for filming under big skies. It is telling that none of the Europeans currently making Westerns is interested in the revisionism found in films such as The Left Handed Gun or McCabe & Mrs. Miller which sought to scrape the gloss off the genre.

Westerns may have seemed the quintessential American form, celebrating rugged individualism, but they had a surprising popularity back in Eastern Europe as well. Stalin liked them. The Soviet leader’s enthusiasm helped spark the production of the so-called “Red Westerns”. Mikhail Romm’s The Thirteen (1936), about Red Army soldiers crossing a Middle Eastern desert, was inspired by The Lost Patrol (1934), a John Ford war movie, but had many of the characteristics of a Western.

During the 1960s, The Magnificent Seven (1960) was enormously popular in the Soviet Union. When he turned up at the Rotterdam Festival a few years ago, Uzbek film-maker Ali Khamraev acknowledged the influence of Steve McQueen and Yul Brynner on his own Soviet-era film, The Seventh Bullet (1972). The key difference was that its heroes were Bolshevik soldiers and the villains were anti-Soviet bandits. 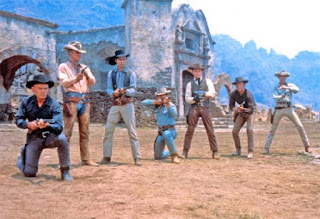 The new crop of European Westerns owe as much of a debt to Sergio Leone as they do to John Ford. The Italian spaghetti Westerns of the 1960s and 1970s, made by Leone and others, stand as a perfect example of what Europeans can achieve, working on modest budgets. These films were spectacular, escapist, tongue in cheek and often had a strong political undertow.

One key figure in the Italian Western, Enzo Castellari, is hoping to climb back into the saddle. The director (whose work is championed vigorously by Quentin Tarantino) is planning a new film called Keoma Unbound, a sequel to his 1976 spaghetti Western Keoma. Castellari, now 77, has recruited Tarantino, Eli Roth and Robert Rodriguez to play cameos. Veteran Western star Franco Nero will again play the lead and there is also a part for Keith Carradine.

When I spoke to Castellari recently at the the Neuchâtel International Fantastic Film Festival, he made it very clear that he regarded the Western as the purest and most exhilarating genre.

Shooting of the new film will take place in Almeria in Spain, the setting for countless earlier spaghetti Westerns. 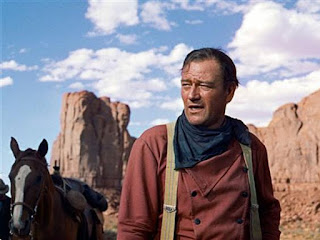 Forty years ago, spaghetti Westerns, especially those made by Sergio Leone, had an obvious influence on Hollywood. In particular, Leone’s use of widescreen close-ups was much imitated. The irony was obvious. Leone’s work had been influenced by Hollywood Westerns but soon they were borrowing wholesale from him. Thanks to the success of Leone and Django director Sergio Corbucci, opportunities opened up for younger directors such as Castellari.

In Europe, Hollywood Westerns had long been treated with a critical respect that they don’t always receive back home. Directors like Anthony Mann and Budd Boetticher were regarded as auteurs by high-minded Cahiers du Cinéma critics in France at a time when they were considered mere journeymen back home. Showing that this tendency continues, at the Locarno Festival in Switzerland this week, European academics, filmmakers and fans have paid tribute to Wild Bunch director Sam Peckinpah, whose work is being given a huge retrospective. Many European directors of Westerns revere Peckinpah, seeing him as the missing link between John Ford and their own movies. 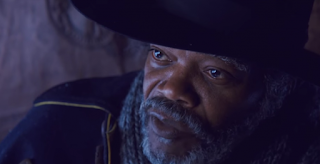 Samuel L Jackson in a shot from 'The Hateful Eight'

There is tradition and history here, and an ongoing intermingling between American and European Westerns. The Italian films often had American stars. On the original Keoma, Castellari worked with Woody Strode, an actor who had appeared in many John Ford films. Now, European actors like Mads Mikkelsen (in Salvation) and Michael Fassbender (in Slow West) are relishing the chance to play parts that, in the past, would have been out of bounds to them.

The question is whether the new spate of European Westerns will inspire American filmmakers other than the Coen brothers and Tarantino to revisit the genre. Even if they don’t, these titles are turning conventional wisdom about Hollywood on its head. It has long been thought the US studios commandeer Europe’s best talent: hoover up its most striking ideas and remake its movies. In the case of the Western, the wagon train seems to be moving in an opposite direction entirely.
Posted by Tom B. at 6:07 AM