After making a splash with the internationally acclaimed “Oorlogswinter (Winter in Wartime),” Dutch director Martin Koolhoven returns with his English language debut “Brimstone.” Starring Guy Pearce, "Game of Thrones" Kit Harrington, Dakota Fanning and a soundtrack composed by Junkie XL, Martin is clearly on the path of a successful filmmaking career. Adorama took this opportunity to ask Martin five questions about himself and his latest film.

EC: How did you get your start in filmmaking? What inspired you to become a filmmaker in the first place?

MK: Movies. First, I just loved them as a consumer, but as a teenager, I started to realize somebody actually made them. By that time I lived in a small town in Holland and had never actually met anybody doing anything with moving images. So ‘filmmaker’ just wasn’t even in my vocabulary. At the age of 15, I spent my holidays with my aunt on the other side of The Netherlands, just because she had a VCR. I would spend half of the days in the video store and the other half in front of the TV. But it wasn’t until I was 18 that I ever held a camera in my hands. The owner of a bar in the town next to mine had bought a video camera in order to film the wedding parties in his establishment and somebody had pointed him to me. 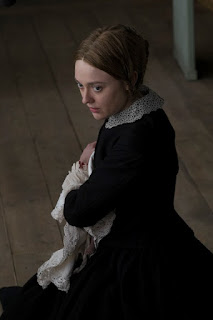 It led to me going to a lousy audio-visual school in Sittard, The Netherlands. I still had no real idea what I wanted, but on the first day I met four other movie buffs and they just said out loud what they wanted: become filmmakers. In a flash, I realized: that’s what I want as well. I just needed somebody to say it out loud.

I stayed for two years, then I went to a proper film school in Belgium and after a year, I got accepted into the Film Academy in Amsterdam, which I considered to be the Mecca for filmmakers. I graduated in 1996 and I have been working ever since.

EC: You’ve curated a lot of film screenings. How much did this prepare you for becoming a professional filmmaker? Or is there any correlation there? Did you make important connections through that experience which could help in the promotion and distribution of “Brimstone?”

MK: I started showing double bills on the big screen in January 2009, when I was already known (in Holland) as a director. It was just something I wanted to do because I’m a bit of an evangelist and was frustrated that the people I work with hadn’t seen certain stuff. Five years ago I was asked to do it on a monthly basis in a cultural theatre, which was cool because from then on I could show the movies on 35mm. (Before it was just DVD and BluRay). I did this together with Ronald Simons, who works at Eye, the fantastic Dutch Film Museum and he convinced me at some point to start doing it there. It is a great place and I get to show all kinds of personal favorites and talk about them. We’ve done everything from Italian exploitation to Israeli sex comedies, Asian martial arts movies, genuine film classics. It has become quite a popular show in Amsterdam and I love doing it, even the people I work with hardly ever show up.

Next month I’m mixing “Brimstone” in a dubbing stage in Brussels, but on the day of Cinema Egzotik (our name for five years) I’m going to drive back and forth in the evening, just to be there.

But honestly, I don’t think it helped me to make connections and I have never promoted anything I made myself. Watching movies on the big screen is the best preparation for filmmaking, though. Even if you have made movies already.

EC:  Will ”Brimstone” be your first English Language film? How did you manage to lure such great talent like Guy Pearce and Junkie XL? 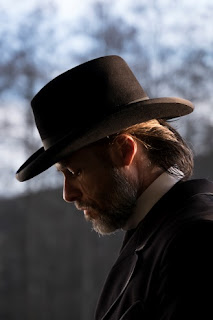 MK: Yes, it is the first time. I had a list of three actors I wanted to approach for the leading male part in the movie. My casting agent told me to just wait though. He said things would explode the moment he would drop the script at some agency’s desks in Hollywood and that is exactly what happened. On the same day I was contacted by CAA who said they wanted to represent me. A day later agents of actors and actresses started to stalk me, saying their clients should be in the movie… Some were really big names. The amazing part was that I was contacted by two of the three names on my list. So I thought really well and decided that it should be Guy Pearce, whom I’ve been a fan of for years. What I didn’t know was that Guy hadn’t read the script yet. His agent obviously knows very well what Guy likes, but I didn’t know an actor of that caliber does not read the script until you make an official offer. So we officially made an offer and Guy read the script. He absolutely loved it and a little later I met him in London where he was shooting Genius in which he played F. Scott Fitzgerald.

Basically, that’s how we got the rest of the cast together as well, but with composer Junkie XL it went differently. Tom Holkenborg (his real name) and I were introduced  around 2009 by a mutual friend who said we should work together. We talked about the state of film music in general and I told him I would love to go back to the old-fashioned idea that the score really jumps out with a strong melody, unlike the most modern film scores which I seldom find memorable. We talked about how there must be a way to do this without being old fashioned.

After that we sort of stayed in contact, but since Tom lives in LA, that wasn’t very frequent. About two years ago Tom asked me if he could read the script and I send him a copy. Things became very quickly concrete after that.

EC: Would you define “Brimstone” as a Western? If so, what attracts you to this specific genre? Also, please give us a brief history on the film’s development, what it is about this story that screamed :“I will spend a year of my life focused on this!”

MK: A year? Much more than that. Due to the success of my last film “Oorlogswinter (Winter in Wartime),” interest in me as a director grew from abroad, but none of the scripts (mostly from Hollywood, but also European ones) could wet my appetite. It did, however, make me think about venturing into an English spoken film. Making a western was something that I had always dreamed of doing and I thought if I wouldn’t do it now, I would never do it. At first, I had optioned an American script, but while rewriting it I started to understand I had the need for something more personal. I understood that my western should be as Dutch as spaghetti westerns are Italian. I hadn’t written in ten years, so it took time to build the story from the ground up. In the end, the screenplay became as much a thriller as it is a western. It’s a grim, violent and extremely emotional story, set in the Old West. 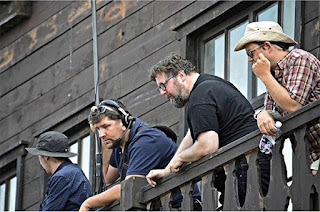 Director/Screenwriter Martin Koolhoven (2nd to right, wearing glasses) on the set of his latest film "Brimstone."

EC: Did you decide to shoot digitally or on film? What cameras did you use? Would you have preferred one format over the other?

MK: I had shot three movies digitally before I went back to 35mm for “Oorlogswinter.” I wanted to do the same thing with “Brimstone,” but my director of photography talked me out of it. First of all, the labs in Europe are not developing film every day anymore, so they are not as good and definitely not as consistent. Secondly, the amount of control you have is much higher. Also, for a director shooting digitally is much nicer. You can actually see on set what is being shot.

In the end, the most important thing one can say about it is that the person behind the camera is of much more influence on the final image than the hardware.
Posted by Tom B. at 6:10 AM