We continue our search for film locations for “Bullets Don’t Argue”. After Garrett leaves the wagon of Agnes and Mike Goddard he walks carefully into Corona looking for signs of the Clanton brothers. He looks into the window of the posada and spots George Clanton talking to the owner. Garrett motions to the owner to come outside. There he tells him to tell George there is someone outside who wants to see him. When George comes out he captures Billy and forces him to tell where his brother Billy is. George finally breaks down and tells Garrett that Billy is upstairs with a woman. 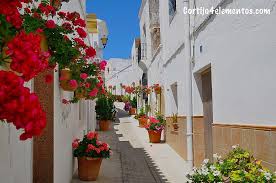 Once again the street scene was filmed in at Lucainena de las Torres, Spain. 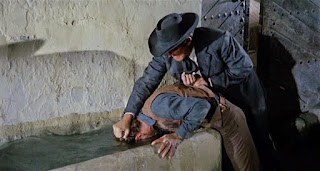