We continue our search for film locations for “Bullets Don’t Argue”. Garrett forces George to take him to Billy’s room. As they approach the door George calls out a warning to Billy as Garrett shoves him through the door. Billy on impulse shoots and Billy receives a bullet in the arm. As Billy jumps out of bed to get to George, Garrett hits him in the head with a rifle. The girl runs out telling the posada owner what has happened.

Garrett manages to handcuff the two thieves and finds the stolen bank money in the attic above the room. Through the window he sees the posada owner returning with the local police. 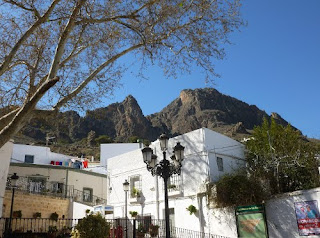 One of the buildings in the town of  Lucainena de las Torres was used to film the interiors of the posada. 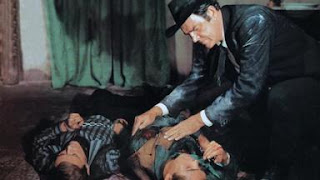