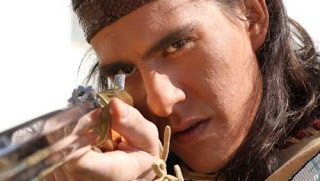 The Winnetou games Gföhl show begins July 30 2016 with "Winnetou II", the second episode of the Karl May trilogy.

The Viennese director Rochus Millauer will stage for the fourth time in a row a piece on the outdoor stage in the southeastern Gföhlerwald Waldviertel, we have been informed by the organizers. The pyrotechnic effects are this year will be supplemented by a cannon.

The eleven performances can be seen on weekends until August 28, on August 15, from 11.00 am, the doors will be opened. Around 60 actors and 17 horses will be used. The play as in the previous years will feature Max Spielmann (Winnetou), Oliver Roitinger (Old Shatterhand) and Rainer Vogl (Sam Hawkens).

"Winnetou II" according to organizers tells the story of the rogue Gavilano that threatens the free Indians. His bandits disguised in their raids as followers of the Ku Klux Klan. Old Shatterhand is called on to help his blood brother Winnetou and Sam Hawkens. Finally Ribanna, the daughter of the chief of Assiniboins with deep feelings for Winnetou, is kidnapped.

With great riding scenes the piece is designed to provide fun for young and old. In the new Ensemble are three Viennese actresses: Leonie Reiss in the female lead as the chief's daughter Ribanna and Eszter Hollosi and Judita Suchy alongside Biggie Waite as "Saloon Girls".