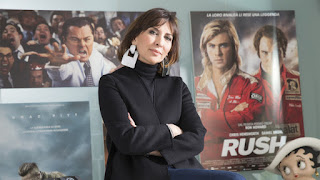 In January, when Quentin Tarantino’s “The Hateful Eight” launched in Italy at a special venue at Rome’s Cinecitta Studios equipped with a 70mm projector, Raffaella Leone had reason to be particularly proud.

Leone Film Group, the company founded in 1989 by spaghetti Western master Sergio Leone and now run by his children, Raffaella and Andrea, is the Italian co-distributor of the film, shot in Ultra Panavision. “It has a special meaning for us,” she says. “It takes us back to our passion for a certain type of cinema.” Of course Tarantino is a huge fan of her father.

The Leone Group is changing the dynamics of Italian theatrical distribution. After signing an Italo output deal with DreamWorks less than three years ago that propelled its expansion, it has stepped into a theatrical distribution gap that opened when Silvio Berlusconi-owned Medusa and pubcaster RAI’s Rai Cinema, both tied to broadcasters, began to focus more on TV dramas and local movies.

“Three or four years ago, we realized something was changing. Top-tier production companies in Hollywood were sending us their lineups.”
Raffaella Leone

Up until 2012, Leone mainly had been distributing movies for TV. Then “three or four years ago, we realized something was changing,” she recounts. “Top-tier production companies in Hollywood were sending us their lineups, and asking if we were interested.” Swiftly following the DreamWorks deal, the Leones floated the company on the Milan stock market in December 2013. Soon after that came multiyear agreements with Lionsgate and the Weinstein Co.

The Leone Group is currently teamed with Rai Cinema’s 01 Distribution as well as Medusa and Eagle Pictures as co-distributors on different packages of titles, sharing costs and revenues.

Outside of these larger deals, Leone cherry-picks what’s hot on the market. In Berlin it picked up “Suburbicon,” the upcoming George Clooney-directed black comedy sold by Bloom. The company also has gone into production, acquiring local shingle Lotus Prod., which made recent hit comedy “Perfect Strangers.” Upcoming features by prominent local helmers Paolo
Virzi and Giuseppe Tornatore are in the pipeline. And Leone will be branching out into high-end TV with “I Beati Paoli,” a Mafia origins skein conceived by Tornatore, who will
direct the first episode.

Leone recently serviced the Rome shoot of Lionsgate’s Keanu Reeves-starrer “John Wick 2,” then pacted with Cinecitta Studios to jointly service Hollywood productions. She worked hard to lure “Wick 2” to Cinecitta. “My father became who he was partly because at the time, they shot international movies in Italy,” she says. Her aim now: “to co-produce with Americans and Europeans, to give Italian directors more access to the international market.”
Posted by Tom B. at 6:04 AM