Durango, the hero of this comic book series is a lone gunman nicknamed "The Peacemaker". He loses the use of his right hand after being wounded and then buys a Mauser C96, one of the first automatic pistols, and begins to use it with great skill with his left hand. Durango was created by Yves Swolfs, a fan from a young age of spaghetti westerns. For his character, the author was inspired by “Silence” played by Jean-Louis Trintignant in the Italian western The Great Silence directed by Sergio Corbucci. 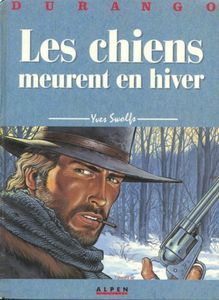 The comic book series was originally published in The Netherlands but has been reprinted in Italy in a 4 volumes. 16 issues were published between 1981-2012 by Arboris. Originally written and drawn by Yves Swolfs in 2006 the art duties were handed over to Thierry Girod 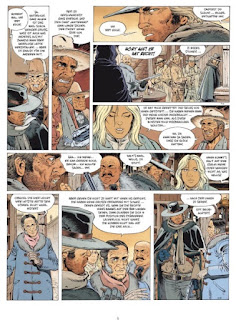 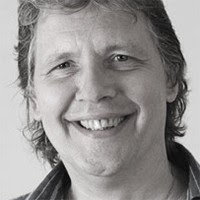 Yves Swolfs, was born on April 25, 1955 in Brussels, Belgium. He is a Belgian writer and cartoonist. He has worked in a great variety of genres. He studied both Literature and journalism before joining Claude Renard's Atelier R at the Saint-Luc Institute in his birth city Brussels. His first comic stories appeared in the atelier's magazine Le Neuvième Rêve in 1978. Upon gradution, he started out doing commercial assignments and illustrations, before creating the western comic 'Durango' for the publishing house Éditions des Archers in 1980. The series, inspired by spaghetti westerns and Clint Eastwood, was later continued at Dargaud, Alpen and Les Humanoïdes Associés until 1998. Swolfs revived the series at the publishing house Soleil in 2006, but handed over the art duties to Thierry Girod.

n 1987 and for Vécu magazine, Swolfs created the historical series 'Dampierre', situated during the War in the Vendée and the French Revolution. In 1991, Swolfs handed over the graphic part of the series to Éric for one episode, before Pierre Legein took over in 1994. Also in 1991, Swolfs took a stab at the fantasy genre with 'Le Prince de la Nuit', a vampire series set in 1930s Paris. Six books appeared until 2001.

As a writer, he created the western series 'Black Hills 1890' for Marc-Renier (Glénat, 1999), the post-apocalyptic 'Vlad' for Griffo (Lombard, 2000) and the thriller 'James Healer' for Giulio De Vita (Lombard, 2002). In 2003 he created the medeival heroic fantasy series 'Légendes' for Soleil Productions. Along with the comics, Yves Swolfs plays guitar in a hard rock band, "Lazarus," which had some success in Belgium. He has been on trial with Michael Jackson about a plagiarism of one of his songs. In late 2006, the new musical group Swolfs ( "Wolf Gang") released a CD that accompanies the tome 3 Legend. 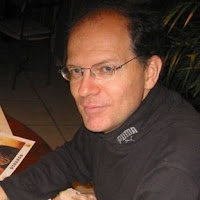 Thierry Girod was born November 15, 1961 in Haute-Savoie, is a French. Already an illustrator and advertising artist, Thierry Girod began his comic books illustrator career along with Laurent Tamanini. Together, they created the series Franck Blakmail at Agorma publishers. By the mid-1990s, Girod illustrated the western series ‘Wanted’ scripted by Simon Rocca. Since 2006 he has become the new and talented illustrator of ‘Durango’ working in partnership with Yves Swolfs who continues to write the scripts.