Who Are Those Guys? - Mike Brendel 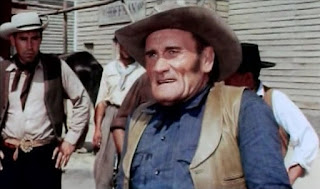 Mike Brendel was a Spanish character actor. He’d been active in films since his first credited appearance in the 1953 Spanish film “Flight 971” in the role of Mike Brendel 'El Tigre Americano'. He made over 35 films from 1953 to 1969. The tough looking actor was perfect as a henchman, bartender and prison guard in several of the Spanish Euro-westerns of the 1960s. He seldom had a large role but his face made him a memorable addition to anything he did. What was Miguel’s background or what happened to him is, like many of the character actors of the day, unknown.

Mike Brendel was born Mihaly Orogovanyi in Hungary in early 1900. He became a European Wrestling Champion with 400 wins and no defeats. He then toured the world including the U.S.A before retiring in Spain and becoming an actor. He died in Madrid, Spain on August 18, 1969.