Jonathan Carltand is the eponymous hero of a series of comic westerns. His adventures take place during the conquest of the American West and describes the adventures of a trapper. He became a scout for the US Army after the murder of his wife. Cartland reflects humanism and his close association with the Indian tribes. It's a western close to nature and at times tinged with fantasy describing life in the 19th century in the American wild west

Designed by Michel Blanc-Dumont and written by Laurence Harle. It first appeared in a series of 1974 Lucky Lukes monthly releases. It found is own series in1975 and was published in a total of ten volumes until 1995. It has been published in France, Italy, Portugal and Germany. It is one of "the most important contemporary westerns". 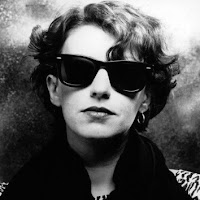 Laurence Harlé, was born on April 15, 1949 in Paris, France. At 20, she married the stylist Nicolas Harlé with whom she had three children.  She was primarily interested in editing and filmmaking by doing internships in the field.

In 1973, with the designer Michel Blanc-Dumont she created Jonathan Cartland in the monthly Lucky Luke then in Pilote and Charlie Monthly.  The epic comic book ended in 1995 with the publication of the tenth album of the series, The Devil Landmarks.

Harlé also wrote Reste-t-il du miel pour le (drawing: Lesueur), La Cavalerie américaine The Cavalry (drawing: Marcellin) and Les Yeux de cendre (dessin: Rémy Brenot).  She also adapts extracts from famous novels for the monthly I Bouquine. Harle also works at the Panorama of France Culture (from 1988), and was a columnist for the monthly (À suivre) and wrote for film and television.

Michel Blanc-Dumont was born on March 7, 1948 in Saint-Amand-Montrond , France ) and is a designer of comics and that illustrator. He studied at the School of Applied Arts , which quite naturally bring to illustration and comics. His first drawings will be published in 1973 in Phoenix magazines and Young years. In 1974 he met the writer Laurence Harle and they created the series Jonathan Cartland which will first be pre-published in Lucky Luke Magazine and in Pilote in 1977.  He tries a new genre in 1990, creating the crime series Colby taking place in America in the 1940s with stories written by Greg. In 1997, at the request of Jean Giraud, he joined the realization of the series La Jeunesse de Blueberry with François Corteggiani scenario.