The unusual adventures of the actor who left Argentina to escape a difficult love and finished consolidating his career in Italian cinema, in western films and giallos; He plans to film with Tarantino and with other memorable stars of the genre. 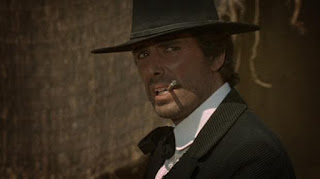 PUNTA DEL ESTE.- Sitting on comfortable chairs in the Conrad Hotel lobby bar it is hard to imagine him as a Wild West gunslinger or as the protagonist of a hallucinatory world of terror. Much less sense any toughness behind the elegant demeanor of Mr. Hilton, he actually hides the profile of a Uruguayan actor who chiseled his fame in European cinema at the hand of spaghetti westerns and the giallos, that Italian horror films are as unique as indescribable. With his life at an unsuspected 81, the road of George Hilton does not stop: "If all goes well, I'll shoot on a production of Tarantino" he says, after receiving a tribute for his career in the 19th International Film Festival in Punta del Este. To participate with the classic Stheno actor meeting means a double bonus because it allowed him to return to his homelandafter years of absence.

How come a Uruguayan actor shined on the European screen? How much planning or luck was in that story?

-Never thought about it; I believe in destiny as a book that is written and tells you what you will do in life. He worked in Argentine cinema, made fotonovelas and theater plays, but I had to escape through a sentimental situation that was very heavy, with a woman who had fed me and with which I could not live with. I did the famous husband routine who says, "I'm going to buy cigarettes and will be back," Instead I went to Ezeiza and asked for the first flight to a distant destination. I was told that in a few hours a flight to Milan was departing. "Give me that," I said. I booked a one way trip. I arrived in Milan on July 16, the day of my birthday, I dressed for winter, and met an impossible heat. I was recommended to go to the Riviera Ligure, which at least had the sea. When I arrived, I was approached by a beautiful blonde who I later learned was a very famous pianist, and said: "I know you, I met you, I saw you doing theater in Mendoza What are you doing here.?". I told her and she called her mother. I went to live in an apartment with them.

Was it a quick fix?

No it was not so, because while we lived on separate floors, I started having a relationship with her and her grandparents were very greedy and all the time I was accused of eating the jam. I saw that the situation was getting ugly and I had to leave again. I told a story that had to go to Cannes, to meet my family; I took everything and disappeared. I went to Rome. I felt like a Hillbilly on the Via Veneto until I recognized after a coffee I was combing my hair with gel. In the group was Lea Massari, then a very famous actress, and one of that group told me: "I have to go make a movie to Yugoslavia, I leave my apartment and a notebook with phones." So I got my agent and my first audition in Titanus.

Do you remember how you did it in the audition?

I remember like it was today. The film was the “L'uomo mascherato contro i pirati” (Masked Man Against the Pirates). Look at that title! The manager was Vertunnio De Angelis, he saw me and said, "No, you are too skinny, I want a muscular man". Then a door opened and the producer left, Pino Addario, saying: "This is fantastic to be the protagonist". He asked if I knew fencing, shooting and horseback riding. I said yes to everything but it was not true. I called a few days later and he gave me the lead. Immediately I made a second movie and then had a tremendous success in advertising, from which I earned a lot of money.

You had worked in several Argentine films. Was it a big change?

Yes, with Alto Paraná I did; “El bote, el río y la gente, y había” and I had started as an extra in “Los tallos amargos”. It was different because there was better organization, we were working and were earning money very well especially when you got to be the star of the movie. Those who weren‘t stars were making nothing  and trying to get ahead. Films then were different, but today the Argentine cinema is fine.

In that period marked by the publicity you left the cinema?

No, at the insistence of my wife then I looked for a new representative and was a good decision because I got an audition for a film that was critical for me. “Tiempo de massacre”, with Franco Nero auditioning for the part involved 300 actors . And I was chosen!

And within that Italian cinema, how was filming a spaghetti western?

It all depends. The movies Euro International wrote for me and said, "We do the film with George Hilton". I had great directors like Giorgio Capitani or Lucio Fulci, who did “The Ruthless”, with Van Heflin and Klaus Kinski.

Is there a project that you have not been able to do?

With Sergio Leone I could not shoot; we had a project but he died. Again he passed me on to Michelangelo Antonioni. He invited me to dinner at his house with Monica Vitti and offered me a project he wanted to do with me. The Americans pressed and the protagonist was Jack Nicholson; the film, of course, was “El pasajero”.

Of Lucio Fulci was slaughter time, where you played the brother of Franco Nero.

It was a very tough shoot because Fulci and I did not quite agree, but I recognized that I owed him everything. The shoot was in English and was very severe Fulci, was angry and threw the script away. With Franco Nero filming was fine but when the movie came out and all the good reviews were for me he did not like it, so much so that he would not work with me anymore. Now I may have to do one with him, let's see what happens.

What is this project?

Quentin Tarantino is a producer and it is to be directed by Enzo G. Castellari, the money is coming from Germany and Tarantino says it will be a success. It is a film like the old spaghetti westerns: Franco Nero, Bud Spencer, Tomas Milian, Gianni Garko, Fabio Testi and me. To recreate that universe, each of us represents the character that we were most successful with.

What does a cowboy actor to do?

Having a physical body, learn to ride a horse, punching and boxing. I did, have resistance and you must withstand dirt, dust and shots ... but I always preferred comedies like Cary Grant did. I must confess that to me no I never liked the westerns. 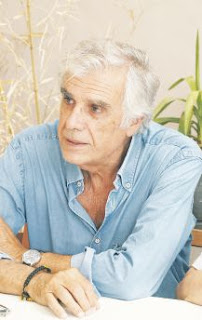