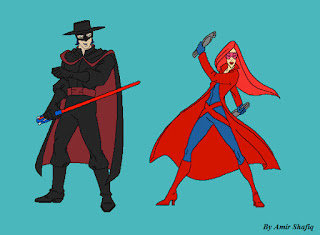 The feature film is a combination of three episodes from the ‘Zorro: Generartion Z’ animated television cartoon series: ‘The Earthquake Machine’, ‘Z-Virus’, and ‘Poll Axed’.