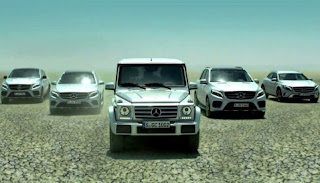 Thanks to the cinema there are places that now, however hostile, play a unique charm and particular. Who among you he has not dreamed of being a real cowboy and ride in the back of a gallant steed along the dirt roads of Arizona or Texas into the sunset? Fortunately, however, there is no need to know how to ride or to go to America to live these emotions. Just knowing how to drive, have a medium height and travel to Spain, near Almería. Here began our adventure aboard the SUV marked with the symbol of the Star of Stuttgart, near the city where Western Leone saloon, sheriffs and shootings are still relevant. The famous director, in fact, created this frontier town for his film "Once Upon a Time in the West", by creating environments so similar hinterland American wilder by then be repeatedly reused for other films of the lodging "spaghetti western" . It is the Tabernas desert and our horses are called Mercedes GLE, GLE Coupe Enduro GLA, GLC and, above all, the legendary and immortal Class G. All personalized with the special wrapping "Barren Lands" designed for the occasion by Italian Customs Garage . Mercedes
The transaction Attack Mercedes SUV is then continued in these wastelands, where once only the most courageous and fearless dared enter. A hostile environment, characterized by dirt tracks, dry river beds is a meager vegetation and dry. The desert is this and much more. It must be addressed with the right means and that is why we wanted to immediately put behind the wheel of the G-Class The specimen on which we climbed, among other things, it is the means of staff Boss Stuttgart, or Dieter Zetsche. One which they will. On board this vehicle we approached the bed of a dry river, without ever having problems of any kind on any ground. Moreover we do not say anything new if we say that the G-Class, since its inception in 1979 (and even before the German army), is a car virtually unstoppable. The essence of the SUV. Equipped with a range of powerful engines, among which, especially the brand new 4000 V8 from well 422 hp maximum power. Only the culmination of a range that thanks to the historic 4matic wheel drive, automatic transmission 9G-Tronic and the appeal of a design remained unchanged for more than thirty years, has become an absolute myth. A car that everyone turns to look like the most extreme supercars and this without disturbing the performance versions edited by AMG and Brabus. 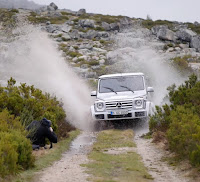 Attack the SUV, however, it is much more. Using an effective football simile proposed by the same, if the G-Class is the gruff coach full of experience, the GLE is without any doubt the Captain. In this particular case we had to do with the version 350d. Heir to the ML, the GLE has maintained the aggressive style and roaders, but making it even more elegant and exclusive, a symbol that represents the premium segment. We speak of a particularly rich range, offering drive to 4, 6 and 8-cylinder with outputs ranging from 204 hp to 585 hp 2,100 of 6,000 powerful. All this is being able to choose the two-wheel-drive that the inevitable 4matic, associated with that 9G-Tronic increasingly popular in the offer of Stuttgart. In addition to all this we add the Dynamic Select for driving style, the automatic suspension Airmatic is a package of active safety systems and passive high level. This year, however, the captain brought in a relative field and is a true star players. It is the GLE Coupe, new body newly added to the range, but already very popular. A real living room on wheels, we already got to try the powerful AMG variant during our adventure towards the North Cape this summer (if you missed it, gustatevela with our Special Video at this link). The Coupe takes the features of the original GLE and declines in a decidedly more sporty and aggressive, but without forgetting a certain level of comfort. The trunk can reach a maximum capacity of 1,720 liters, while the screen infotainment system relies on a HD TFT panel with 8 inches (to the level of an iPad Mini, to give you a reference). Both these cars, of course, have been able to face the desert with extreme agility. Especially the GLE Coupe leaves no feeling in any way the considerable weight that a body of this kind carries. A real monument to luxury 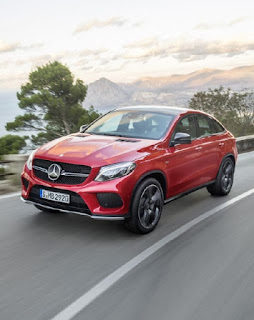 If, however, this "SUV market" of high school seems far from the pockets of the average customer, then here come to the rescue of the two new young talents of the team. We speak of the new GLC, heir to the GLK, and the GLA in its special Enduro version. Two cars and always at the level of the name of Mercedes, but considerably less extreme and more practical. Despite this, the GLC, for example, presents a choice of 4-cylinder engines ranging from 170 to 211 hp, but compared to the car it replaces is still lighter (-80 kg) and more fuel efficient (- 19%). Official estimates of the house can go up to 20 km / liter and with its optional, including noteworthy is the special technical package Off-Road, may in turn face the toughest trails without difficulty. Merit also of special air suspension Air Body Control.