Judas, whose real name is Alan Scott, used to be a bandit, but after his girl-friend Vivien's death during a robbery in which he took part, he delivered himself and his cronies to justice (thereby earning himself the epithet of Judas). After serving his time in jail, he joins the Pinkerton agency to fight against delinquency. He longs to redeem himself and compensate for the wrongs he committed in the past, because he is sorely tormented by the memory of Vivien and is constantly plagued by the name he has been branded with, which forces him to live a life of loneliness and hatred in which even his colleagues shun him. This series aimed to offer a presentation in the by now classical "giant" format, reviving styles and themes already well tested in the popular weeklies of the preceding years, especially since the Italian western was enjoying a great vogue at that time. But despite the good scripts by Ennio Missaglia and the well-drawn illustrations by his brother Vladimiro and by the talented hand of Ivo Pavone, this series was not favorably received by the reading public, and closed after sixteen issues. 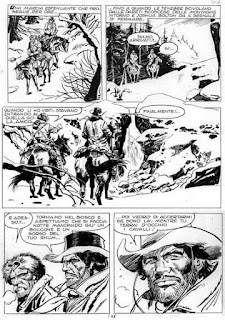 Ennio Missaglia was born in Venice, Italy on January 12, 1939. He worked over the years with various publishers such as Sergio Bonelli, for which he created several stories and created the character Judas in 1979, and Mondadori for which he wrote ​​more than a hundred stories for the series Mickey a collaboration which lasted 34 years, from 1960 to 1993. Ennio Missaglia died in 1993. 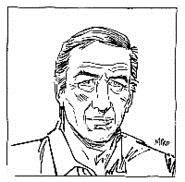 Vladimiro Missaglia the brother of Ennio Missaglia was born on May 14, 1933 in Venice, Italy. After attending the nautical institute, he worked for his father. Passionate about design, thanks to his friend Giorgio Bellavitis he approached the world of comics, working on the emerging issues of Bridge by Renato Bianconi. He collaborated with Tommy Rey and Great Sakem, on texts by Jean-Jacques Dalmasso. His first regular series, then published wer Yumak, and Red Eagle.

From 1958 to 1959 he worked on periodicals published by Edizioni Alpe di Giuseppe Caregaro.  From 1959 to 1963 he worked for publisher Fratelli Fabbri on various series - including Under the Wigwam.  In 1961 he draws Intrepid Albi, starting a long collaboration with his brother Ennio, illustrating only his scripts.  They work on a series for the publisher Bonelli, for Sage, Fasani, Bianconi, Ediperiodici, Edifumetto and Geis. 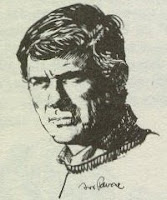 Ivo Pavone was born in Italy in 1929. He started drawing in 1943 and three years later, he was one of the collaborators of Uragano Comics, a prestigious group of authors that worked for Asso di Piche. In 1951, Pavone emigrated to Argentina and started to work for Cesare Civita, publisher of Editorial Abril. He worked for Oesterheld's Hora Cero and Frontera, illustrating the westerns Hueso Clavada and Verdugo Ranch. In South America, he recomposed most of the Asso di Piche team to create various comics, mostly westerns. Eventually, he took over the Sergeant Kir' series from Hugo Pratt for two years, after which he went to work for Codex publishers.

In 1958, Pavone started working for Fleetway, making several comics for the English market. He contributed to the Cowboy Picture Library, and drew several war stories. He returned to Italy in 1962, where he took on numerous series, including Pecos Bil' and a large production for the French market, including Canada Jean and Giddap Joe for Mon Journal and Lupo Bianco, Rakar, Dick Demon, Les Cavernicoles, Jacky West - Bill et Barry, Havoc, Africanders, Galton et Trumbo and Doc Sullivan for Lug publishers. From 1975, he contributed comics to the Italian magazines LancioStory, Skorpio and Corrier Boy. Between 1979 and his retirement in 1983, he worked for Bonelli publishers.
Posted by Tom B. at 6:10 AM