Who Are Those Gals? - Carla Brait 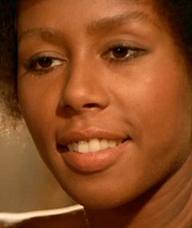 Carla Brait was born in Innsbruck, Austria on September 1, 1950. She was is an Italian actress, dancer and showgirl who was active in films and television in the 1960s-1990s.  The daughter of Austrian father and Italian mother, Carla Brait grew up in Bolzano, and as a young girl was dedicated to dance.  She debuted in film in 1968 in the spaghetti western of Osvaldo Civirani “Dead for a Dollar”. In 1971 she is a member of the cast along with Enzo Cerusico, Judith Saltarini and Luisa De Santis on the TV series ‘Su di giri - su testi, fra gli altri’, along with Giancarlo Guardabassi, directed by Lino Procacci and broadcast by Italy’s Rai.

Carla later retired from film and opened up a dance school.