Work finally has begun on the Cortijo del Fraile, "a turning point" towards recovery. 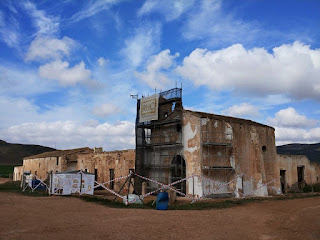 Work on the consolidation of the chapel and the bell tower of the Cortijo del Fraile, the BIC Historic Site of Federico Garcia Lorca’s inspired his work 'Blood Wedding' and the site of Mission San Antonio in The Good, the Bad and the Ugly, definitely started this week, so this action is "a turning point" for the recovery of the property and its cultural use.

The Mayor of Nijar (Almería) stated "It's a first step, but for us it was a necessity to reverse the deterioration process", who was pleased to be able to ensure that this action on the bell tower and the chapel will prevent their eventual collapse, as the damages presented to the farm structure mad it extremely endangered.

The company Rehabitec had earlier this month begun assembling the scaffolding and auxiliary facilities that are available in front of the main facade of the building, on which much of the action will be carried out valued at about 140,000 euros.

Thus, the consolidation of this part of the BIC, in which "the public authorities and society have to think what uses this emblem will be used for" said Pineda "a new phase that will not be quick starts", who he underlined the "cultural importance of this historical site" also motivated works “Respuesta en su momentous” by Carmen de Burgos.

The work of consolidation of the chapel, the tower and the main facade of the building have been commissioned by the agricultural company that owns the property under the request of the Ministry of Culture under the Heritage Act of Andalusia. 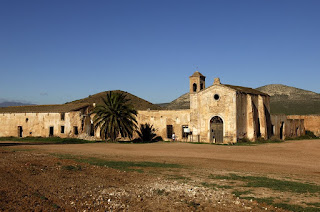