Ennio Morricone: 'The Hateful Eight is like no western you have ever seen before'

In Quentin Tarantino’s new western, The Hateful Eight, his cast of cowboys, killers and bounty hunters ride on screen to the strains of music composed by the legendary Ennio Morricone. Although the western is the genre that brought Morricone to the attention of the world, The Hateful Eight is the first that he has worked on in 40 years.

In the Sixties and Seventies, Morricone and fellow Italian writer-director Sergio Leone invented a new genre of cinema, known (in honour of its country of origin) as the Spaghetti Western, which combined sound and vision in often startling ways. Unable to afford a full orchestra, the resourceful and brilliant composer introduced a whole new lexicon to modern movie scores, featuring gun shots, cracking whips, steam trains, animal cries, harmonica motifs, whistling refrains, church bells, lone trumpets and slinky electric guitar riffs, punctuating the action in dramatic fashion. But don’t expect to hear any of that on The Hateful Eight.

“I don’t like to repeat myself,” says the 87-year-old Morricone. “If Quentin wanted something similar to Sergio Leone, I would have told him that it was better 'no’. We would only have been heavily criticised for remaking the past.” Morricone has frequently expressed irritation at his association with the genre, and is fond of pointing out that “of the hundreds of films I have scored, only 30 were westerns”. In any case, Morricone considers the phrase “Spaghetti Western” insulting. “Spaghetti is something you eat. The work of Leone is certainly not something you eat.”

While Tarantino is a well-known fan of Leone, the coupling with Morricone was, nevertheless, an unlikely one. Tarantino has never commissioned a full original score for his films before, preferring to use old soundtracks and pop songs. And Morricone didn’t appear to be much enamoured of the American director either. He was apparently upset with the way old tracks of his were used on Tarantino’s last film, Django Unchained, an unabashed homage to Leone. “He places music in his films without coherence,” Morricone said of Tarantino in 2013. “You can’t do anything with someone like that.” As for Django Unchained itself: “To tell the truth I didn’t care for it. Too much blood.” As recently as June this year, he said: “What I would like to avoid today is to write music for western films.”

But all it took was a personal visit from Tarantino to Morricone’s discreetly fabulous Rome apartment to get him back in the saddle. “One hour and I said yes. My respect for Tarantino remains great. The relationship between director and composer is all about patience, confidence and mutual trust. The music remains a mystery until the very moment when you go into the recording studio and play it with all the different instruments. So film directors must really have faith in the composer.”

Morricone lives in an ornate old building with extraordinary views of the imposing Palazzo Venezia, right in the heart of the city. The walls of his home are liberally hung with art, including a range of Picasso ceramics in the kitchen. The atmosphere is of hushed old-world elegance.

Maria, his wife of 60 years with whom he has four children, is nowhere to be seen as Morricone shuffles down a tiled corridor using a Zimmer frame. He broke a femur in a fall in the summer and exercises assiduously to regain mobility. He only speaks Italian through an interpreter but proves engaging and friendly, expressing himself with intelligence, amusement and animation, nibbling on Parmesan cheese and maintaining twinkly eye contact.

According to Morricone, The Hateful Eight “is not like any western you have ever seen before. And so I used a very different kind of theme. For instance, I used two bassoons playing together and they produce a very heavy, severe kind of sound. It is totally different from the atmosphere of a Leone film. What you will hear is Tarantino music.”

Nevertheless, Morricone remains extremely proud of his most famous musical signatures. “Sometimes when I walk along the street, people recognise me and rather than calling my name they just sing and whistle.” Then he rather startlingly barks “aye-aye-aye-ahh” in a hoarse but tuneful howl perfectly mimicking the theme from his 1966 classic The Good, the Bad and the Ugly.

“The cry of the coyote has become a kind of landmark piece of music. So to hear that, it’s a sign of joy and happiness, it’s very rewarding.” He laughs, and howls like a coyote again. It’s a spookily electrifying sound coming from such a slight, frail old man.

Next February, Morricone will come to Britain to conduct an orchestral programme of his film music. He insists his recent fracture will not inhibit him.

“It is better to be in a good shape but it is not necessary to stand. You can conduct just as well sitting down.” In fact, Morricone has a reputation as a peculiarly undemonstrative conductor, leading orchestras with small, delicate twitches. “It is all just showing off,” he laughs, waving his hands about. “Some conductors maybe think that they can find inspiration for the music watching the sky and doing big gestures.

“But you can communicate perfectly well with members of the orchestra with tiny movements. It’s my opinion. Maybe other people think differently.” 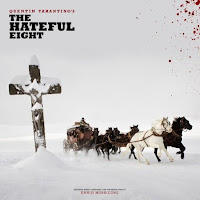 He insists that he is a composer first and foremost, but delights in conducting because “it is the final step, it’s almost a miracle, to take these notes you have first imagined and then written down and turn them into music”. Describing the process of composition, he talks about the trust film makers have to place in him from the very beginning. “Maybe I sit by the piano and play them some music but it is just an idea. It might give a hint, a clue of what I am going to do. But even the most brilliant idea is really nothing, you must support it with a lot of inspiration and technical work. And at each step it is changing, so there is a big difference between what I first imagine and what audiences hear.”

Morricone has scored more than 500 films, sold more than 70 million albums, and received an honorary Academy Award in 2007 in recognition for his contribution to such classics as Once Upon a Time in America, Days of Heaven, La Cage Aux Folles, The Thing, The Mission, The Untouchables and Cinema Paradiso. Yet he seems under few illusions about the significance of his music. “You can’t save a bad film with a good score. If the film is mediocre, you can compose the greatest music ever heard, and the film will remain mediocre. The other way around, if the film is great and the music is bad, the film will remain great. The most important work is always the film itself.

“So the secret is to write the music that will really be in tune with what the director wants to express through the images,” he concludes. “Otherwise it’s useless. It’s just vanity.”