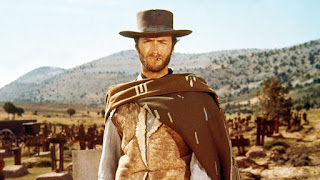 Sergio Leone was born Jan. 3, 1929; he would have been 90 this week. Though he directed only seven films, their impact has been wide and long-lasting, including making Clint Eastwood a star.

On Oct. 11, 1967, Variety carried a guest column by Lee Van Cleef shortly before the U.S. bow of “The Good, the Bad and the Ugly.” The actor countered criticism that Leone’s films are too violent: “What could have more violent sequences than the Bible?” he wrote. Van Cleef added that the films were authentic and heavily researched, saying that on the set the filmmaker “carried a small library of well-illustrated American books devoted to American history of those times.”

In that same issue, Leone said he didn’t invent Westerns all’Italiana. There were two dozen before the 1964 “Fistful of Dollars.” But the film was such a hit, he said, it inspired more than 200 spaghetti Westerns in the following two years, half of them with “dollars” in the title.

In those two years, the Italian film industry was revived, with the two films earning $1.6 billion in Italy.

Leone — the son of director Roberto Roberti (aka Vincenzo Leone) — started as a script clerk at age 17, and earned dozens of screen credits as an assistant director. He made his directing debut when Mario Bonnard exited the 1959 Steve Reeves vehicle “The Last Days of Pompeii”; movie lore has debated whether Bonnard left for another commitment or whether it was due to illness.

Leone directed another spear-and-sandal movie, “The Colossus of Rhodes,” then made his turning point, the Italian-Spanish-German Clint Eastwood-starring “Fistful,” which owed a great debt to Akira Kurosawa’s “Yojimbo.”

“Fistful” was made for $100,000 and earned $4.6 million in Italy alone, with box office growing for each new Leone western, with their trademark use of tight closeups and memorable music by Ennio Morricone.

As a boy, Leone loved American westerns but felt they presented an overly romanticized view of the Golden West. As Variety’s Hank Werba wrote in 1968, “To Leone, the westerner was a predatory creature at every level. There were no clear ethical or moral reference lines. The plainsman acted and reacted violently, generally motivated by such basics as greed, revenge or self-survival. It represented a complete switch from the law-virtue syndrome of the past.”

However, Leone promised to Werba that his upcoming “Once Upon a Time in the West” would have a different slant: “Ruthlessness will be counterbalanced by such pioneer qualities as instinctive honesty and empathy.” It was planned as his last Western, on a $5 million budget.

“Once Upon a Time” features a screenplay by Sergio Donati and Leone, from a story by three of the Italian industry’s biggest names: Leone, Bernardo Bertolucci and Dario Argento.

Henry Fonda originally turned down the film after he read a badly translated script. Then he phoned Eli Wallach, who said, “Take it!” Wallach, who’d starred in “Ugly,” added that working with Leone was an experience no actor should miss.

Fonda screened “For a Few Dollars More” and “The Good, the Bad and the Ugly” and told Leone: “I am your boy. Where do you want me? Make a mark and I will stand there.” After months of shooting, Fonda said, “He’s one of the great directors in the business, and I’ve seen quite a few in my 33 years.”

Leone’s final film was “Once Upon a Time in America” in 1984, five years before his death at age 60.