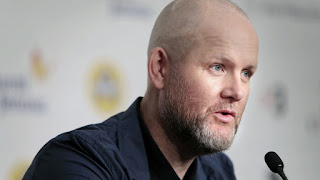 Irish director Brian O’Malley, who is known for gothic chillers “Let Us Pray” and “The Lodgers,” is attached to co-direct the English-language steampunk spaghetti Western series “That Dirty Black Bag” with Italy’s Mauro Aragoni. It’s set to start shooting in August.

“That Dirty Black Bag” is being produced by Palomar, the Italian shingle behind upcoming “The Name of the Rose” series that will air on Sundance TV in the U.S., and teen gangs drama “Piranhas,” which is screening in the Berlinale competition. O’Malley recently served as a second-unit director on “Name of the Rose.”

Italian streamer TIMVision, operated by Telecom Italia, is on board as the eight-episode show’s Italian broadcaster.

Palomar was recently acquired by France’s Mediawan, which will handle international sales on “Black Bag.”

Aragoni created “Black Bag” and previously shot it in his native Sardinia as a low-budget feature.

The “Black Bag” series, co-scripted by Aragoni with Silvia Ebreul and Marcello Izzo, will instead be shot mostly in Italy’s rugged Apulia region, which producer Nicola Serra said “will give it a distinctive flavor,” and also in Morocco since part of the narrative is set in a deserted setting where two men, a bounty hunter and a sheriff, collide in an epic clash.

Serra, who is Palomar’s managing director, said the combination of Aragoni and O’Malley co-directing “Black Bag” was right “in terms of both its visual and narrative” tones.

He called the show “a Western, with a bit of a horror and mystery, and with elements of steampunk,” The partners describe the story as set in a savage, scorched and deserted world where resources are scarce and it’s a daily struggle for survival. There, two men and two worlds will collide in an epic clash. That Dirty Black Bag will film next year in Italy and other southern European countries.