Who Are Those Composers? ~ Gene Kauer 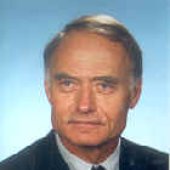 Gene Kauer was born Guenther Max Kauer on July, 30, 1921 in Wieda, Lower Saxony, Germany. He studied composition, music history, piano, French horn, and violin with Dr. Bruck at a music school in Buckeburg, Germany. Kauer was a bandleader and arranger for radio and nightclubs, and then was drafted into the German army in 1937. However, on his first day of training in Poland he got frostbite and had to spend time in a hospital. When his Colonel discovered how much musical talent he had, Kauer was reassigned, spending the war years entertaining the troops.

After WWII he played piano in an Army rest and recreation resort in Garmisch-Partenkirchen in the Bavarian Alps. There, he met his future wife, Trudy, and he became a male war bride. He moved with her to San Francisco, where he played at the piano bar in the Hotel Drake-Wiltshire. During this time he also wrote songs and performed piano on demo recordings, including some done by a young Johnny Mathis. In 1955 Kauer moved to Los Angeles, where he scored his first picture, a documentary about the Papago Indians. He had friends who were film editors, which was how he met Ronnie Ashcroft. Ashcroft hired him to score “The Astounding She-Monster”, “Outlaw Queen”, and “Girl with an Itch”, which got Kauer’s composing career underway. He soon teamed up with Doug Lackey [1932-2016], and the pair wrote scores for many films and television shows.

In addition to his songs, Kauer composed “Concerto for Horn and Orchestra,” “Quartet for Horns,” “5 Pieces for Woodwinds ,” “Symphonia—Septet,” and “The Fan Tan King” for Broadway. Some of his film and TV work includes “Across the Great Divide”, “The Adventures of the Wilderness Family”, “Agent for H. A. R. M.”, “The Atomic Brain (aka Monstrosity)”, “The Big Bounce”, “Brother of the Wind”, “The Cape Canaveral Monsters”, “Davey and Goliath”, “Faces of Death”, “The Further Adventures of the Wilderness Family”, “The Proud and the Damned”, and “Sacred Ground”.