Who Are Those Gals? ~ Melissa Chimenti 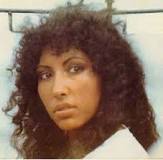 Melissa Chimenti was born Maria Rosa Chimenti in Asmara, Eritrea on September 28, 1948. Her father was Italian (originally from Puglia) and her mother was Eritrean; still a child, the family returned to Italy and settled in Rome, a city where Maria Rosa, who has now become a teenager, started attending clubs like the Piper Club and the Titan. Endowed with a pleasant and toned voice and a beautiful presence, she is noticed by some record labels that propose to her a record contract with Decca. She makes her debut using the stage name of Melissa at a disco in the summer of 1968 with the song “La spiaggia è vuota” (The Beach is Empty). She then moved on to the Parade label (thanks to the involvement of Carlo Rossi), with whom she recorded another two 45 records, and to the Associated Producers.

For some time she abandoned her career as a singer to devote herself to that of an actress, using the stage name Melissa Chimenti: one of her best-known films is “Papaya of the Caribbean”, directed by Joe D'Amato in 1978.

In 1977 she was contacted by Giampiero Scalamogna, known at the time for being from the Piper Club, and she became part of the Gepy & Gepy group, together with Marcella Petrelli (with whom she created a duo with her, brunette and mulatto, and Petrelli, blonde and clear complexion), she thus resumed singing. She continued her career continuing to record solo records, and then retired to private life until 2016 making her debut in the theater, in an amateur theatrical company of Ciampino, the city where she lives.