Who Are Those Singers & Musicians – Dream Bags 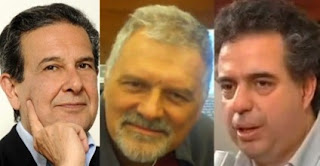 Dream Bags was an Italian music project created by Franco Bixio, Fabio Frizzi & Vince Tempera. As Dream Bags they released the title song for the comedy film “Simone e Matteo”. The Single "On My Way/Grey Hat" was released 1975 and composed by Maurizio and Guido De Angelis (Also known as "Oliver Onions"). Moreover, they relesed the Songs "You Can Fly" and "Sky's Motor Bike" for the films "Carambola" and "Carambola filotto… tutti in buca" (The Crazy Adventures of Len and Coby).