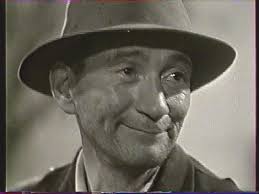 Actor Raymond Caudrilliers was born in La Fère, Aisne, Picardie, France on February 4, 1889. He was often credited as Raymond Aimos and was a French character actor of 1930s. Aimos was one of the familiar faces of the French cinema of the 1930’s and early 1940’s. During this golden age of poetic realism, he was the quintessential 'titi parisien' (Parisian kid) in at least 105 films. His film characters generally corresponded with himself: humble, poor, colorful, cheeky but with a heart of gold.

During World War II he participated in the liberation of Paris in August 1944 and was killed during a street battle on August 22, 1944.

His only Euro-western was in the 1911 French silent film “Hanging at Jefferson City” starring Joë Hamman.