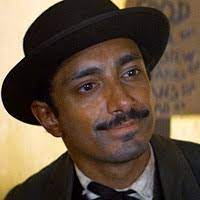 Rizwan ‘Riz’ Ahmed was born in Wembley, England on December 1, 1982, to a British Pakistani family. His grandparents migrated from India to Pakistan during the 1947 partition of India. His father is a shipping broker. His parents moved to England from Karachi, Sindh, Pakistan, during the 1970s. He is a descendant of Sir Shah Muhammad Sulaiman, the first Indian to become the Chief Justice of the Allahabad High Court in Uttar Pradesh during the colonial era. He also composed Urdu poetry, penned some of the first critical articles on Einstein’s theory of relativity, and was related to Mulla Mahmud Jaunpuri, one of the most important philosopher–scientists produced in the region during the Mughal Empire.

Ahmed attended Merchant Taylors’ School, Northwood, through a scholarship program and graduated from Christ Church, Oxford University, with a degree in PPE (Philosophy, Politics and Economics), which he has said he found to be a bizarre experience. He later studied acting at the Central School of Speech and Drama.

Since graduating from Oxford, he has worked consistently in theatre, film and television, starring in award-winning dramas “The Road to Guantanamo” (2006), “Shifty” (2008) and “Four Lions” (2010).

Riz is also known by his hip-hop alias Riz MC. Inspired equally by jungle and hip-hop, Ahmed first got involved with music directly in his mid-teens, cutting his teeth on pirate radio and in battle-rap competitions, of which he won many. He was selected as an inaugural BBC Introducing artist in 2007 at the Glastonbury Festival and at London's Jazz Café for BBC Electric Proms the very same year. He had already released his first hip-hop single in 2006, Riz MC: Post 9/11 Blues (2006).

His only Euro-western appearance was as Hermann Kermit Warm in 2017’s “The Sisters Brothers” starring John C. Reilly and Joaquin Phoenix.