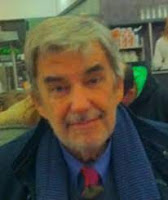 Italian director, assistant director, writer and actor Giorgio Mariuzzo died in Rome, Italy on January 16, 2023. He was 83. Born in Venice on July 14, 1939, he started his career as an assistant director in 1968 and since the mid-1970s started writing screenplays and also directed a number of films. Best known for his collaboration with Lucio Fulci in the early 1980s, from 1985 he was mainly active on television. He wrote the story, screenplay and directed under the alias George McRoots the 1976 Spaghetti western “Apache Woman” starring Al Cliver and Clara Hopf.