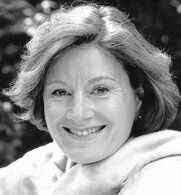 German actress and voice dubber Uta Hallant died in Berlin, Germany on December 31, 2022. She was 83. Hallant born in Munich on May 12, 1939, had a short career as an actress but a long-distinguished career as a voice actress. She dubbed such stars as Audrey Hepburn, Julie Andrews and Jamie Lee Curtis. Her Euro-western dubbing career consisted of over a dozen films and TV series.