This series of daily posts will cover little known actors or people that have appeared in more recent films and TV series. Various degrees of information that I was able to find will be gven and anything that you can add would be appreciated.

Hugo Aguilera Herrera was born in Mexico and is a stunt man, stunt coordinator and actor. He has an extensive career with over seventy stunt credits and four as an actor. His film career started in 1998 according to his resume and he’s still active with four upcoming films. Hugo appeared as a stunt double in two Euro-westerns: “Renegade” in 2002 and “Bandidas” in 2004. 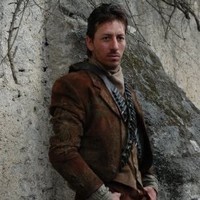