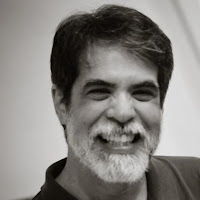 Longtime music editor, best remembered for his work on TV’s “The Simpsons,” died in Los Angeles, California on December 16, 2022. He was 64. Chris was born in L.A. on January 28, 1958 and discovered music at a young age. By the age of three, he was playing piano and took formal trumpet lessons soon after. His first music editing duties were on a student film at CalArts, which prompted him to pursue music editing as his career. Ledesma got an inside look at music scoring while working as a tour guide for Universal Studios Hollywood where he would often see movies being scored on the lot. With over 138 credits to his name, Ledesma worked on TV movies and series including “Teen Angel” and “Miracle in the Woods.” He also worked as a music editor for “Robin Hood: Men in Tights.” Ledesma was the music editor on the 1999 Euro-western “One Man’s Hero” starring Tom Berenger.