Who Are Those Guys? ~ Christopher Connolly 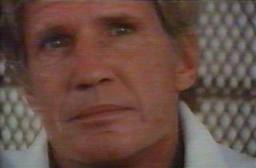 Christopher Connolly was born Thomas Maume Connolly in Wichita, Kansas on September 8, 1941. He was the youngest in a family of seven children. Connelly briefly attended Regis College in Denver, leaving it to study theater at the Pasadena Playhouse. His first professional credits included the television series ″The Eleventh Hour″, ″Sam Benedict″, ″Alfred Hitchcock Presents″, ″Mr. Novak″ and ″Gunsmoke″. He also had roles in ″The Lieutenant″, ″My Three Sons″ and ″Voyage to the Bottom of the Sea″.

His big break came when he was cast for the role of Norman Harrington in the successful prime time ABC soap opera Peyton Place. He stayed with the series during its entire five-year run (1964–1969). In addition to ABC's Peyton Place, Connelly guest-starred in 1973 on Lorne Greene's short-lived ABC crime drama Griff, and in 1974, he starred in the television series Paper Moon, with a young Jodie Foster playing his daughter.

In the 1980s, Connelly made numerous appearances in Italian cult B-movies such as Lucio Fulci's Manhattan Baby, Enzo G. Castellari's 1990: The Bronx Warriors, Ruggero Deodato's The Atlantis Interceptors, and Antonio Margheriti's Jungle Raiders. He also made guest appearances on dozens of television series.

Following a two-year battle with lung cancer, Connelly died at home in Burbank, California in December 1988.