Who Are Those Composers? Carlo Rustichelli 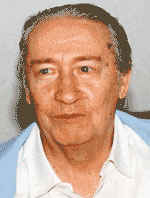 Carlo Rustichelli was born on December 24, 1916 in Carpi Emilia-Romagna, Italy. He was trained in music in both Rome at the Santa Cecilia Academy and in Bologna. His movie work began in the late 1930s. He scored more than 400 scores for films as well as arranging scores for other films and television. He met Federico Fellini in postwar Rome and probably through him he met Pietro Germi, for whom he composed his first major film score for Gioventù Perduta (Lost Youth), and with whom he was most associated He composed music for many Germi films in the 1940s, 50s and 60s.

He also worked with such directors as Mario Bava and Billy Wilder. He was awarded two Silver Ribbons by the Italian National Syndicate of Film Journalists for his work. He scored three of the best films by Italian horror master Mario Bava: Blood and Black Lace, The Whip and the Body and Kill, Baby, Kill.

Many of Carlo's scores were released in Italy on soundtrack albums, and there was a concerted reissue program in Italy devoted to his work during the last years of the LP era. By the end of the 20th century, Rustichelli was a revered musical and cinematic figure in his native country, and one overview disc of his work (Ritratto di un Autore) was released in 2001 by the Italian-based CAM label, complete with a note from the composer. There are also complete CDs of his best-known scores, including Seduced and Abandoned.

Song: “Where is My Fortune” sung by Ico Cerutti