Voices of the Spaghetti Western ~ “Return of Sabata” 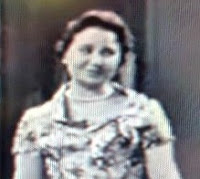 Mirella Pace was born in Rome, Italy on October 14, 1937. She began he career in the 1950s as a child actress and voice dubber for ODI. In the 1960s she became very active for CID but with their bankruptcy in 1972 she then went to work for DEFIS (Dubbing & Italian Foreign Film Edition), later on she also worked for other dubbing companies. She was also a dubbing director and is the aunt of voice actor Francesco Bulckaen [1967- ]. She was the Italian voice of Lorella De Luca (Hally Hammon) in A Pistol for Ringo and The Return of Ringo, Gila Golan in The Valley of Gwangi, Margaret Lee in Djurado, Erik Blanc in Django Shoots First, Nieves Navarro in Adios, Sabata.