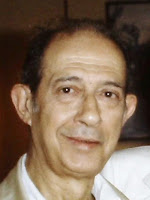 Felipe Peña was born in Barcelona, Spain on May 25, 1921. He alternated between theater, television, cinema and dubbing, although he is especially remembered for the latter role, in which he made his debut in the 1940s for the Barcelona M-G-M dubbing studios , where he did dubbing for films such as 2001: A Space Odyssey, interpreting the voice of the HAL 900 computer , and his work in My Fair Lady (1964) was also well remembered and recognized, in which he voiced Professor Higgins (Rex Harrison), both in the dialogues and in the songs repeating the same formula in The Extravagant Doctor Dolittle (1967). In the 1950s and 1960s he became the regular voice of Laurence Olivier, Burt Lancaster, Alec Guinnes, John Wayne, Anthony Quinn, Rex Harrison, Robert Mitchum, Lee Marvin, George C. Scott,, Spencer Tracy, Ernest Borgnine, Broderick Crawford, Luis Induni, Van Heflin, Karl Malden, At this same time, he made small appearances in some films, but his face did not become known until the following decade, when he took part in a series of dramatic programs for RTVE carried out in the Barcelona studios. He doubled in more than 1700 movies.

Later, his presence also became common in a series of theatrical and fictional adaptations for the Catalan circuit of RTVE. In 1983, he appeared in the TV series Massagran, created by Josep Maria Folch and was also the voice of King Grog in the series Los aurones by Josep Viciana in 1987. He also collaborated in the writing of two film scripts, The Foreign (1965) and The Cowards (1959).

In 1988, a year before his death, Peña was awarded the Honorary Award for his entire career at the delivery of the Golden Lecterns for The Great Night of Dubbing. He died in Barcelona on April 8, 1989.