Interview with Gabriella Giorgelli [Part 1 of 2]

An actress with magnetic eyes and straight manners 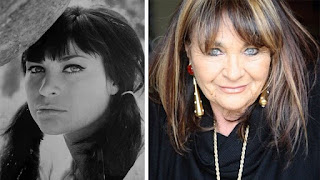 She has a magnetic gaze, Gabriella Giorgelli. But the frank ways have nothing to do with the stars in which viewers allergic to phosphorous expenditures identify themselves. To fame she prefers know that some of the films that seen her participate, even as a protagonist, have managed to draw the blood from the stones. Tearing a smile from the intellectuals convinced that the physiognomic game counts for little compared to the expressive solutions of the directors elected as authors.

She was directed by the masters of our cinematography, including the late Bernardo Bertolucci. The first and so far the only Italian to receive the Oscar for best director. They met when they were in their infancy, nearly sixty springs ago. In his case there is no trace of intellectualism. And that’s good. Its sacred fire is alien to the imprint of the Stanislavskji Method.

At one point, similar to my friend Tomas Milian, chose to appear in the modest immediate-release cinema. Not that of the noble artisans ready to inspire followers who are still reluctant to recognize the debt today. However, in this regard, Gabriella makes no apologies or hided behind a finger. The charm of goodness privileges the prestige of immoral creatures, also destined to combine their earthly life with the imperfect. Profuse in the role of Adele in the ‘melancholy’ comedy “I Companions” by Monicelli.

Thanks also to the character of authenticity, fruit of the healthy impetus of the green years, the reenactment of the first strike in Italy, at the end of the nineteenth century, pays less duty to populist emphasis than it would be otherwise have done by mixing references to the book “Heart” only the ability to laugh bitterly. Even a former member of the Decima Mas, of the caliber of Piero Vivarelli, another ‘cursed Tuscan’, who would not have minded Curzio Malaparte, wanted to direct it. Sienese, lover of history, friend first of Prince Borghese, then of Fidel Castro, in Cuba, where he was at home and ergo he decided to set his latest film, Piero made an understanding with Gabriella on a human level. The so called “rock” Tuscanity, like that mixture of flavors contained in the seafood delicacies dear to those ‘volponi’ of the Livorno inhabitants, is the best antidote to lost time.

The desire to live, rejoice and amaze is that of the good times. He does not care about the affairs of is compatriots who were electrocuted on the road to Damascus. She is interested in the consistency of not hindering the technical means and of replacing the habit of flattering shots with the virtue of giving body and soul to deeply felt characters. Even if the extreme dialectical fragmentation and the high lexical find it less and less ready.

However, she is a queen next door, with cat eyes sometimes frowning, sometime impetuous, like a raging river, but determined to feed the spirit. Both in convivial banquets and in sui generis confessionals. He has the cult of friendship and the gift of perseverance, along with nice impertinence. There is enough for a flick of the tail in the darkness of the room. To illuminate her will be a star that from the sky shows her the way: her mother.

It was Pier Paolo Pasolini who noticed you. How did you manage to catch the ball?

I was little more than a creature: I came from Livorno with so many hopes, but also with the intention of doing something seriously. I liked the world of cinema. At Miss Italia I made it to the finals, but when they realized that I had cheated on my age, I was eliminated. And that’s where I built my luck.

Tbe final exclusion triggered the spring of redemption, fueling an iron will of affirmation.

Absolutely yes. Pasolini was about to shoot “Mamma Roma” and didn’t have time to shoot “La commare Secca” as well. He therefore involved Bernardo Bertolucci, who had been his assistant director in “Accattone”. Accrding to Pier Paolo, I was not suited to work alongside Anna Magnani in the world of prostitution. And I believed him! What did I know of the Roman suburbs?

Pasolini claimed that I had what it takes to play a role in Bernardo’s debut film. I pretended to be a guest of a friend. Then I hurried to a job: I didn’t have the means to wait for their time. I only had the money to go home by train. After being hired as a maid by a countess, I gave her phone number to the production. What am I telling you to do? A fear! But it went better than I hoped for. 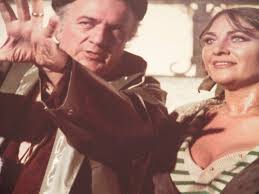 It was a kind of training. Bertolucci also immediately exhibited an author style: the movement of the camera from right to left, which introduces each character, and that of the shoulder camera, when Bustelli and Esperia are fighting are real gems. Was he bossy or sweet with you?

He was sweet, but he was already and author. As you argue, who understands it, the movement of the camera from right to left shows contexts that are a bit unnatural. From left to right it is written. You are right. I had never thought about it, but Bernardo knew his stuff. That opposite direction anticipated myself, in the role of Esperia, who tells all the colors to the Neapolitan mother. I would never have dreamed of addressing my mother in that way, who generated me and sacrificed herself so much to have a better future than hers. But acting means doing things you wouldn’t do in life. And Bertolucci used my spontaneous quality to not beat more than two takes per scene: I fully entered my character, even though so grim, and the crew gave me a lot of applause. Bernard species. It had now become my world.

Mario Monicelli was less generous with praise, nevertheless in his film “The Companions” he wanted you as a protagonist. And it was a great cast. Fruit of the Italian-French co-production. Did you now feel seasoned or did you feel awe?

I was happy, determine to do well. At first I had a minor role. Instead I became the female lead, in the part of Adele. There were Marcello Mastroianni, Renato Salvatori, in the role of Raoul, Folco Lulli, a force of nature, in the role of Botasso, Adele’s own father. So they called me: the Adele. “Beast of the ridiculous!” I yelled at him, at ‘my Dad,’ to stop him in his animalistic and out of place outings. In one scene, which we saw together, I came to bite him to prevent him from mating another worker, a comrade. What laughter! How can we forget Anne Girardot, Bernard Blier and Mario Pisu, who is the boss, paternalist and tyrant? But none of them intimidated me. I was like family.

Alberto Maravia wrote that your vivacity stood out above everything. Are you happy to have received compliments from such a haughty critic?

It flatters me. Moravia, although considered a gruff intellectual, was nice to me. I knew how to stay in my place. I was not in the way, nor was I wasting time. In “lo e lui” I was the only one, according to Alberto, to have joined his novel. He didn’t like the transposition, but my test did. 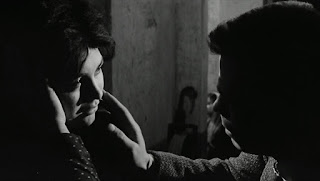