Who Are Those Guys? ~ Willi Colombini 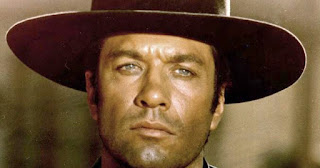 Willi Colombini was born in Verona, Veneto, Italy on February 23, 1938. He is the son of actor Walter Grant (Ugo Colombini) [1875-1963]. Willi Colombini's first film was at the age of 8 in 1940 in "Odessa in Flames" directed by Carmine Gallone. He filmed a documentary at 10 years of age entitled "The Little Friend of Beethoven". At 18 he acted with Mario Carotenuto's company "Cavalcata a piedi". In 1950 he worked in the Mario Soldati film "Ok Nerone" with Walter Chiari.

In 1956 he worked in the theater in the company of Mario Riva. When muscle man Steve Reeves arrived from America to appear in "Labors of Hercules" the first mythological film and started the fad, Colombini obtained roles in the film by Pietro Francisci with the photograph by Mario Bava “Hercules and the Queen of Lydia” and "Hercules Challenges Sansom". He participates in many genre films, including in particular “Two Marines and a General”, and one of his biggest hits, “Three Supermen in Tokyo”, where he plays a superhero. But, his real starring role, was achieved in the comedy “The Man with the Golden Brush”, (1969) with Marcella Michelangeli and Edwige Fenech. Willy then starred in the western film "Wanted Johnny Texas" using the alias James Newman. In 1970 he worked in the film "Io..Donna" on one of his own scripts and all the scenes of the exteriors he shot in New York as director, but upon returning to Rome due to differences with the production he gave up the rights of direction and script and followed the role as a leading actor. The direction was entrusted to Alberto Cardone, resulting in a completely different film from its initial screenplay. In the last years of his career, Colombini participated in the western “Return of Clint the Stranger” (1972) and in a film with Lando Buzzanca, “Bello come un arcangelo” (1974). His last appearance dates back to 1976, in “Voir Malte et mourir”.

Willi was married to actress Nuccia Cardinali and is the father of Patrizio Cardinali.