In the Spaghetti Western “A Man Called Sledge” (1970) we see a ruined church at the end of the film where the remainder of the gang have taken the gold and Ria and are hiding out from Sledge. Eventually they are all eliminated. This church was fake and built at the edge of town on a small hill. When western fans go to the town they continue to seek out what is left of the church. When they ask the local townspeople for directions to the church they are greatly disappointed when told to go to the center of town and see the real village church. A small whitewashed building surrounded by trees and kept in impeccable condition by the villagers. 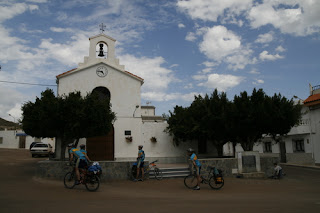 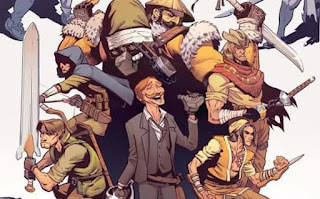 The Six Swords can only be described as resembling a Shaw Brother Kung-Fu series and Quentin Tarantino-esque mashup between fantasy anime, spaghetti westerns and philosophical science fiction. Pulling no punches on commentary of war, politics and social interactions, the Six Swords promises to be just more than bloody good violence and gratuitous nudity. In corroboration with 6S, LLC and AHR Visions Studios comes an original series that will take you into a new and redefined translation of the “old west”.

Set in the bleak future of the Divided States of America post World War IV, six men in a fiercely changed New Orleans find themselves pursuing bounties on each other, as placed by the local warlord known as the Switchblade. Quickly realizing that they have been tricked into killing each other, they haphazardly join together to escape the city, hacking and slashing their way through roves of bandits and gangs.

This original series is an action-packed title that propels the audience into a post-WW VI landscape with fresh new characters and old-school concepts that will be brand new to some readers and nostalgic for others! As this series prepares for official launch please join in the Kickstarter campaign and support this indie title (and others that will be coming down the line from our studios)

Visit THE SIX SWORDS Kickstarter at https://www.kickstarter.com/projects/chrismassari/the-six-swords-1-reinventing-the-spaghetti-western
Posted by Tom B. at 6:20 AM No comments: 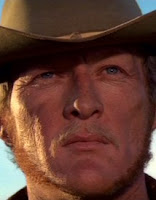 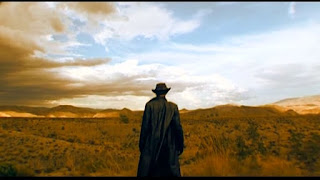 A French documentary on the history of westerns made in Spain in the 1960s and 1970s.