Who Are Those Composers ~ Mino Reitano 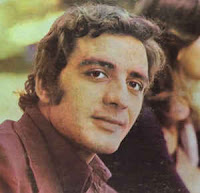 Beniamino "Mino" Reitano was born in Fiumara, Reggio Calabria, Italy on December 7, 1944. His father was an employee at the local railway station and was very passionate about music, and encouraged all his sons to learn to play an instrument. After a spell in the local brass band, Mino moved to Reggio Calabria, where he studied at the Francesco Cilea Conservatory for eight years, learning piano, trumpet, and violin. In the late 1950s, Reitano moved with his brothers to Hamburg, Germany, where they formed a rock 'n' roll band, Benjamin & His Brothers. They often played at the Star-Club, sharing the bill with Rory Storm, Tony Sheridan and The Beatles. After a couple of years, Reitano returned to Italy, where he recorded his first single, Twist Time. After a successful performance at the Castrocaro Music Festival, he was offered a contract with the Italian label Dischi Ricordi, and in 1967 he participated for the first time at the Sanremo Festival. His first commercial hit was Avevo un cuore (che ti amava tanto) (1968).

During his career he appeared as actor in five films from 1971 to 1996 and also worked as a writer with his novel Oh Salvatore!. Suffering from an acute disease, Reitano died in Agrate Brianza, Lombardy, in his home at the age of 65 on January 27, 2009.