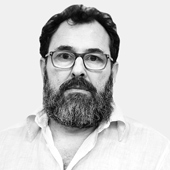 Spanish sports commentator and voice actor José Manuel Cortizas died in a hospital in Barakaldo, Vizcaya, Spain of Covid-19. He was only 58. He was a well-known sports commentator and the Spanish voice of the cartoon character Crayon Shin-chan. Cortizas was the Spanish voice of Serge Marquand in 1967’s “Wanted” starring Giuliano Gemma and the voice of Klaus Kinski in 1971’s “Black Killer”.
Posted by Tom B. at 2:49 PM No comments:

Italian guitarist Danilo Rustici, founding member of Osanna, one of the most important Italian progressive bands ever, died at the age of 72. The musician, whose health had already been weakened in the past, died at the Cardarelli Hospital in Naples due to complications deriving from Covid, as reported by Repubblica. Rustici gave life, with Osanna, one of the most important Italian musical experiences, bringing the music of our country far beyond national borders and becoming one of the world reference points of prog. Danilo was the brother of fellow musician Corrado Ratici. As a member of Osanna Ratici appeared on the soundtrack to the Spaghetti western “Stay Away from Trinity… When He Comes to Eldorado” (1972).
Posted by Tom B. at 7:54 AM No comments:

We continue our search for filming locations of “A Bullet for the General”. Chuncho tries to teach the peons how to shoot a rifle and is almost shot himself. 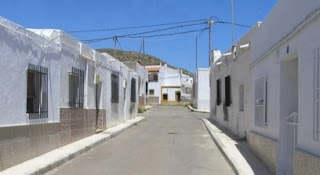 This scene was filmed at Polopos, Spain.