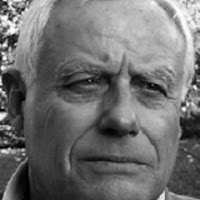 Berno von Cramm was born in Göttingen, Germany on November 28, 1934. The son of Baron Burghard von Cramm and his wife Franziska b. Pulvermann. He is a nephew of the "tennis baron" Gottfried von Cramm. After school, he attended the Max Reinhardt Seminar in Vienna from 1956 to 1959 and began his stage career in 1959 at the Nordmark Theater in Schleswig. As a freelance actor, he has appeared at the Städtische Bühnen Augsburg, at the Kleine Komödie München, at the Deutsches Theater München, Theater in der Josefstadt in Vienna, Theater am Kurfürstendamm, Berlin Theater an der Wien, at the Vereinigte Städtische Bühnen Krefeld and Mönchengladbach, among others at the State Theater at Gärtnerplatz Munich, State Theater Stuttgart and State Theater Berlin.

His numerous theater roles included Lysander in A Midsummer Night's Dream, Cléanthe in The Imaginary Sick , Horatio in Hamlet and Newton in The Physicists. On television he was seen on television game shows and series.

Berno von Cramm is also a busy voice actor who has been heard in the Star Trek series and the cartoon series Biene Maja, The Simpsons, Darkwing Duck and One Piece, among others. He was also the German voice of John Cleese as "The Almost Headless Nick" in the Harry Potter films Harry Potter and the Philosopher's Stone (2001) and Harry Potter and the Chamber of Secrets (2002). From 1993 he also lent his voice to "Miss Piggy" on the "Muppet Show".